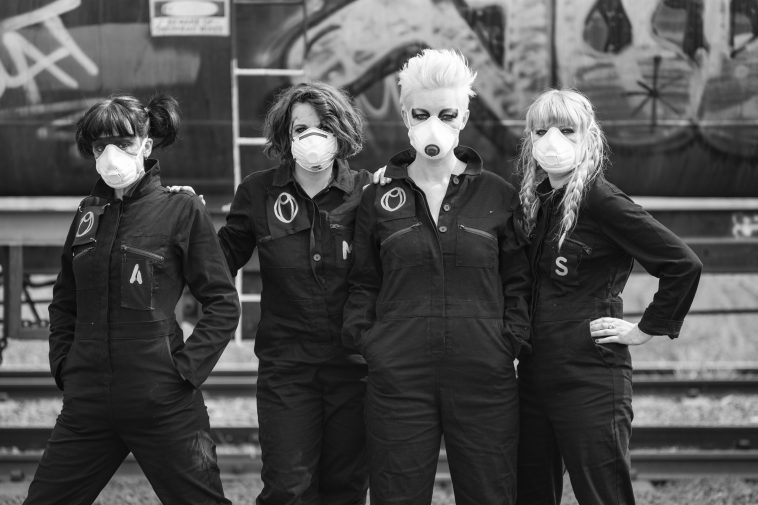 When it comes to fearlessly political, uncompromising Aussie acts there are few who ick those boxes as fervently as Canberra’s Glitoris.

Having quite rightly earned that reputation on the back of a killer live show and the singles Trump Card, Spit Hood, and The Policy, the raucous four-piece crowned the “Queens of Australian Punk” by The Brag is set to unleash another short sharp shock to the Oz listening public.

The song in question Slut Power – a raging call-to-arms that shines a light on the insidious nature of violence against women will drop on Friday 14 February.

To celebrate, the four-piece will make their way to the Cambridge Hotel in May and with Woolongong’s Babymachine and Newcastle’s own ladies of loud Bitchcraft in tow, this is going to be one heck of a gig!

Widely recognised as “One of the fiercest live forces in the country’ (Pilerats), Glitoris has built an army of fans – The Gliterati – all over the country, toured extensively and performed at major national and international festivals including Groovin’ The Moo, The New Zealand Fringe Festival, Triple R Kyneton Festival and Blackwoodstock Festival (New Caledonia)

Catch Glitoris when they smash The Cambridge Hotel on Friday 8 May. Get your tickets here.

ALSO ON NEWCASTLE LIVE
Comedian Sarah Gaul is a HOT MESS in feature film debut
WHAT A PEACH! Newy eatery Rascal throws shade at Donald Trump with sweet burger treat
SAVE THE DATE: British India bring the rock back to the Bay
A who’s who of Newy music throw hats in the ring for Wicko bushfire bash!