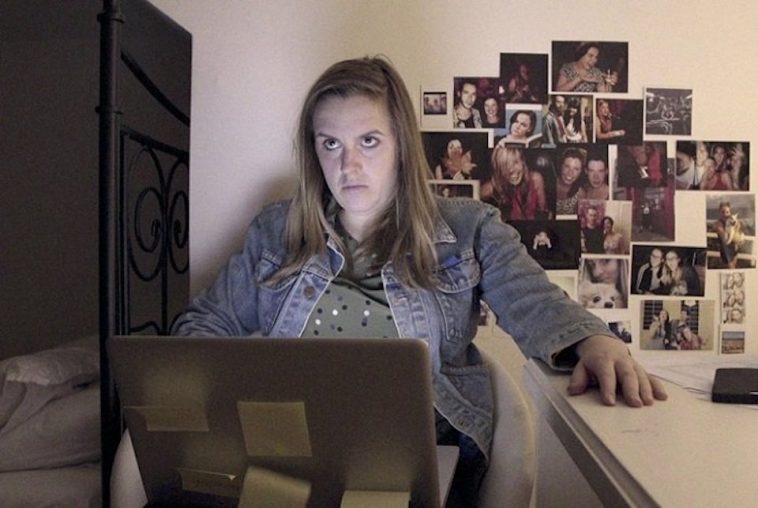 Sarah Gaul as Loz in a scene from Hot Mess. Picture: Jay Grant.

If you’re a fan of Newcastle comedy, chances are you’ve seen Sarah Gaul doing her thing on local stages.

Well, now you have the chance to see the whip-smart musical comedian making her big-screen debut in the new Aussie comedy Hot Mess which will screen at Event Cinemas Kotara this week.

The screening will also feature a Q and A session, following the film where Sarah and writer/director Lucy Coleman will answer all of your burning questions.

“It’s going to be so much fun screening the film in Newcastle,” Sarah told Newcastle Live.

Check out the (NSFW) trailer for Hot Mess below

“It will be the first time my dad has seen it as well as a lot of my Newcastle friends so it’s quite exciting.”

The film tells the story of Loz a twentysomething writer who seems destined to constantly self-sabotage her own success.

This ill judgment also bleeds into Loz’s personal life but could ‘nice guy’ dave be the answer to all of those problems? Or is he too good to be true?

“There is something that is really relatable about Loz,” Sarah explained.

“I mean, everyone has had those feelings of self-doubt and lack of self-confidence and all of the pain and insecurity that goes along with being in your twenties, which can be quite tragic, but the film also shows the utterly hilarious side of it all.”

Sarah’s performance has also been generating some high praise with the likes of Filmink proclaiming: “Sarah Gaul is an absolute revelation here, expertly navigating a difficult but truly loveable character who bounces all over the emotional map”

Sarah did admit though, that overseas audiences have been ‘transfixed’ with the Australianness of the flick.

“When he did a Q and A in Seattle, most of the questions were about all of the Australianisms in the film. People seemed really interested in knowing what goon was, – something I don’t think will be a problem for Newcastle,” Sarah laughed.

Check out Hot Mess at Event Cinemas Kotara on Thursday 13 February from 6.30pm. Get your tickets here.

Hot Mess will also be available to rent or buy on iTunes, Google Play and Fetch TV on Wednesday 19 February.

ALSO ON NEWCASTLE LIVE
SAVE THE DATE: British India bring the rock back to the Bay
BIG HEARTS: Lizotte’s bushfire benefit raises a WHOPPING $25K for RFS
WHAT A PEACH! Newy eatery Rascal throws shade at Donald Trump with sweet burger treat
DATE NIGHT: Your guide to big-screen fare this Valentine’s Day