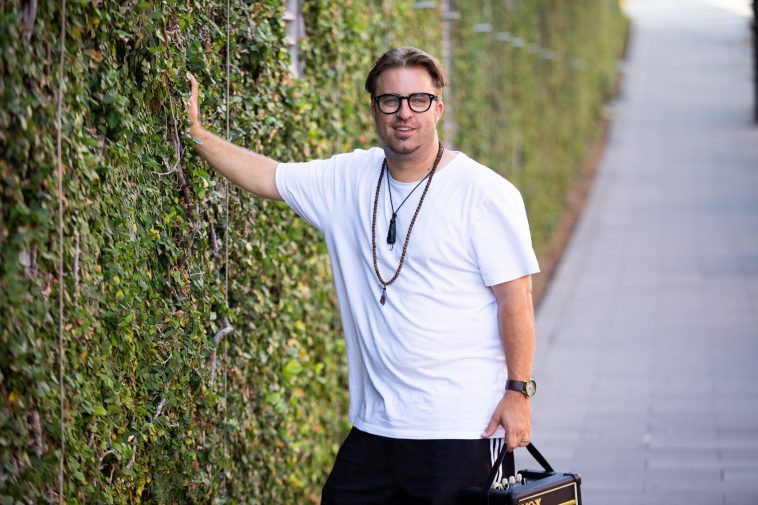 Ever wanted to bang out a tune on a pedestrian handrail or have your movement translated into mesmerising light trails?

Well, you’re in luck thanks to a new initiative aimed at breathing exciting life into Charlestown’s Pearson Street.

CREATE Charlestown will see a series of interactive artworks, commissioned by Lake Macquarie Council, installed along the thoroughfare that is sure to bring a touch of Vivid to Charlestown.

Fellow Novocatrian Alex Umpel will also create ‘projection mapping’ on a building opposite Charlestown Square, turning the facade into a giant animated artwork once the sun goes down.

“The creative application has been used around the world to turn iconic buildings into illuminated masterpieces. It’s such an eye-catching concept, and one which will really bring that part of Pearson Street to life at night.”

Nearby, Alex Umpel, another local artist, will create a ‘projection mapping’ on a building across from Charlestown Square, turning its façade into a giant animated artwork at night.

Elsewhere, Melbourne creative studio John Fish will be on hand to install a giant interactive lighting installation that uses motion tracking sensors to detect pedestrians and translate their movement into light trails.

“These three artworks, together with the upcoming revamp of Pearson Street Mall and the recent opening of GPT’s food and entertainment precinct, will make Charlestown a much more attractive and vibrant destination,” Jacqui said.

Charlestown CREATE works are expected to begin in May, with all three due for completion by September.

ALSO ON NEWCASTLE LIVE
CAKE BOSS: Where to get the sweetest creations in Newcastle…as voted by you!
SAVE THE DATE: Thelma Plum brings Homecoming Queen Tour to Newcastle
SEASONAL SPLENDOUR: Top five things us Novocastrians are hanging out for this autumn
FROMAGE A TROIS: Smiths puts three chips in ONE BAG because…cheese