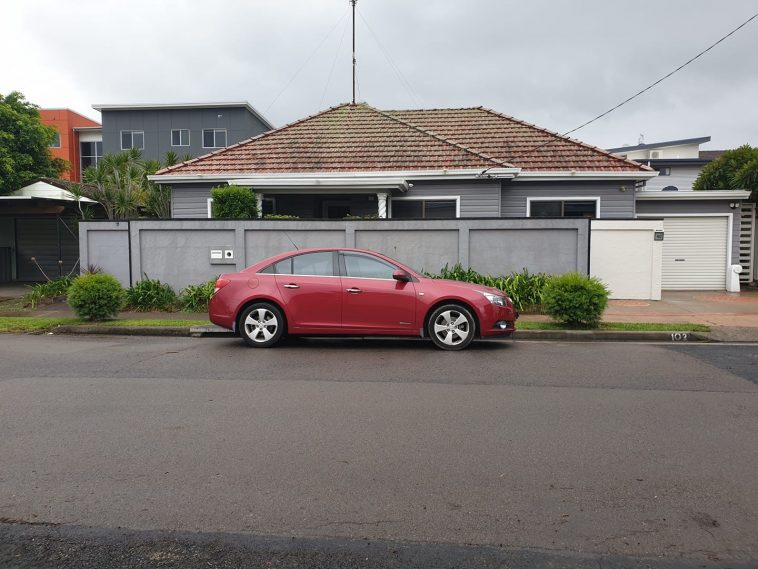 There’s been plenty of noise lately about how hard it is to find a park in the city.

Not only that, as city workers fail to find an all-day park near their workplace,  they are increasingly heading to the suburbs ringing the CBD and clogging up residential streets, making things difficult for those that live there.

And now, there seems to be an increasing scourge – drivers who choose to park right in the middle of a parking space specifically designed to fit two cars.

You are driving around trying to find that elusive park, maybe 10 minutes or more of searching, sighing, searching some more, driving some more and then you see what could be a space – a space big enough for two but only occupied by a single car.

Yes! The parking Gods are smiling!

As you get closer, you realise that what could have been your dream spot has been nabbed by a driver who, for some reason that eludes the rest of us, thinks it’s okay to park right in the middle, stopping anyone else from parking in front of or behind their car.

Are some people so ignorant that they are completely devoid of any consideration for others?

Are some people so ignorant that they are completely devoid of any consideration for others?

So self-obsessed that they fail to even think for one moment that someone else might need the space they could have so politely left?

Or are they doing it wilfully with a F&*K YOU attitude?

Have society’s manners and its capacity to think about others really declined to a point where it’s dog-eat-dog and every man or woman for themselves, and bugger the rest of us?

For some of us, it may not seem like a big deal.

Is it older people who have developed an arrogant sense of entitlement with age? Or is it younger people who are just ignorant and just don’t know any better?

Is it a gender thing across all ages? Whatever or whoever it is, there is one thing for sure that they have in common – they are inconsiderate.

They fail to see that they live in a world with others and that it would be a far better world if they gave some thought to being considerate of, and respectful to, others, in myriad ways – INCLUDING NOT PARKING IN THE MIDDLE OF A TWO CAR PARKING SPACE!

It is frustrating and mindless.

It is annoying and maybe enough to induce anger, a rage that could see some people to get out of their cars and vent in all manner of ways ranging from leaving a note to enlighten the ignorant to smashing up the offender’s vehicle.

Or anything in between.

There is simply no excuse for parking in the middle of a spot designed for two cars and depriving anyone else of the opportunity to park there?

Have you witnessed this? Is it becoming more common? And what can we do about it?

So many questions. I don’t have the answers.

ALSO ON NEWCASTLE LIVE
SAVE THE DATE: On-point satirist Friendlyjordies is back for THREE Newcastle shows
SAVE THE DATE: The Rubens bring massive Live In Life tour to Newcastle
FITNESS GOALS: It’s time to EXPRESS YOURSELF this International Women’s Day
SUGAR HIGH: Wallsend’s The Flossery spins the sweetest of tales