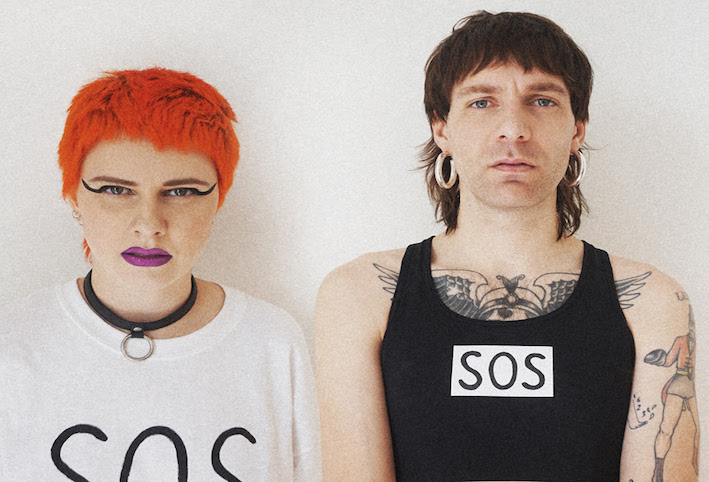 Normally known for their upbeat, quirky, DIY punk ear-worms, Newcastle’s The Gooch Palms have taken a serious turn for their latest single.

Great Dividing Rage is an old-school punk banger that highlights the social and political rift, exacerbated by the bushfire crisis, that Goochies Leeroy Macqueen and Kat Friend see as driving a wedge between Aussies.

“We felt an immediate need to write a song to express our feelings about the whole situation. We’re just too angry to sit here quietly anymore,” they said.

“We have a platform. No, not the biggest platform. We’re aware that we’re not even a blip on the radar in this whole crisis, but our voices are loud and we’re going to use them.

Check out The Gooch Palms’ Great Dividing Rage below

The band added that, like all short sharp bursts of sonic anger, Great Dividing Rage was written in an hour and recorded the next day.

“We wanted to keep this one raw and pretty simple so we didn’t mess around with it too much,” they said.

The accompanying video pulls no punches either, presenting a pastiche of news footage showing just how extreme the past few months have been in this country.

“Making the music video was especially hard though,” Leeroy and Kat said.

“Piecing together the footage was brutal and very upsetting and there were a few times when we thought it was too much, but it’s the reality of the situation and people need to face it, no matter how confronting.”

Great Dividing Rage is a stand-alone single for The Gooch Palms and all sales from the single on Bandcamp will be donated to the Animal Rescue Cooperative (ARC) to rebuild the Two Thumbs Wildlife Sanctuary.

ALSO ON NEWCASTLE LIVE
HEADBANGER’S BALL: Thrashville to make a triumphant return after a year off
ALL ABOARD: Top five reasons to check out Sound Station music fest
SAVE THE DATE: Butterfingers are heading back to Newy with first album in 14 YEARS!
OPEN COURT SESSIONS: All the gear but no idea? You’re at the right place!