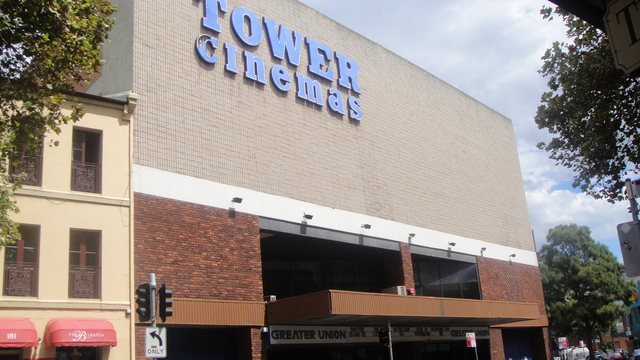 We’re all still sad about it. I know it, you know it, we all know it.

But what are the things that we really miss most about Tower Cinemas? When will it be back? Will it ever be back?

Those are questions no one really knows the answers to. So, with that in mind, here are our top five things we miss about Tower Cinemas.

1. The whole vibe of the place

There was something so gosh darn wonderful about Tower Cinemas. It was a vibe thing, a hype thing, and a beautifully nostalgic place of magic, wonder, and lukewarm popcorn.

But it was our luke-warm popcorn and our kooky vibe.

2. Seeing movies that the major outlets refuse to show

This is the place you’d go to see that super duper awesome indie film that the cool kids were talking about. Three Billboards for example (which won a shit tonne of awards by the way) was only shown at Tower Cinemas before the Oscar Buzz started whirling around.

Tower was also known for showing an amazing selection of foreign films, and a whole bunch of weird stuff. Different stuff. Ya know?

Seriously though. Was there anything better than going to Asa Don, followed by a movie, followed by ice-cream? Heck no! Bring back the all-inclusive date night I say!

Look, it was pretty uncomfy, yes, I’ll admit that. But it was our kind of uncomfortable and we liked it that way. Because it was our way. The Tower Cinemas way. There were no reclining chairs or any of that nonsense!

5. The fact that it was ours and it was there, and it’s no longer there anymore

Exactly. It was ours. It was our cinema, in the middle of our city, and we loved it. And now, it’s gone. And if we’re not careful, the rest of the town will go the exact same way.

ALSO ON NEWCASTLE LIVE
GOODBYE 2019: You Am I lead a bumper lineup of New Year’s Eve fun in Newcastle
Komiti sings This Is My Time on his debut single
Can we kill the idea that the Newcastle music scene is dead, please?
SAVE THE DATE: Russell Brand will bring Recovery Live show to Newcastle in 2020