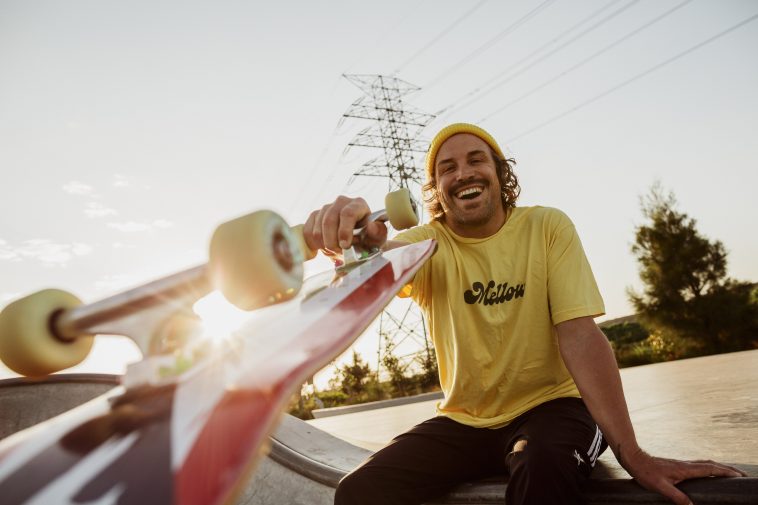 Since The Beautiful Girls dropped their debut EP, Morning Sun back in 2002, frontman Mat McHugh and co have been cutting a chilled-out musical swathe across this country and the globe.

With three EPs and five studio albums under their belt, this genre-hopping outfit have quite rightly earned their place as one of the hardest touring bands on the circuit.

And the band is gearing up for what promises to be a summer session for the ages at the Queens Wharf Hotel on Saturday 18 January to celebrate the release of the highly anticipated and long-awaited compilation slab Seaside Highlife: Greatest Hits, Volume 1.

Rather than a mere compilation of the ‘usual suspects’ this weighty double album is a collection of Mat’s favourite tracks from all five Beautiful Girls albums as well as the Morning Sun EP and a few surprises.

Mat told Newcastle Live that putting the album together was quite the experience.

“I’ve never really been into the idea of looking back – for me it’s always been more about recording something and then moving on,” he said.

“But, at the moment there’s a whole bunch of new music being worked on and I guess it seemed like the logical time to put a stamp on those last 20 years.

“It was quite the experience going back over those past two decades, too – a lot of water has passed under the bridge. First of all, you have those pragmatic concerns about how many songs you can fit on a side of vinyl and then you work back from that.

“There also has to be a couple of the popular radio songs and the like but for me, the main idea was to choose songs that I felt held some artistic weight or historical importance. For me, there are a bunch of emotions tied up in this record, so it is really special to me.”

Mat added that the upcoming Newcastle show would be no less special with the band pulling out all musical stops.

“It’s gonna be like [Bob Dylan’s Rolling Thunder Revue! It’s just going to be like this travelling circus through Australia in the summertime, which is completely befitting really,” Mat said.

“We are also going to try to stick as close as possible to those original recordings because a lot of that stuff has mutated quite widely on the stage over the ensuing years so it’s good to bring it all back to its roots.”

Never one to rest on his laurels, Mat added that a new release, in one form or another was imminent.

“I’ve got a whole bunch of stuff recorded and ready to go – definitely an album’s worth, but I’m unsure what form it will take,” Mat said.

“It could be a Beautiful Girls record or me solo or some other form. We’ll just have to wait and see.

Catch The Beautiful Girls at Queens Wharf Hotel on Saturday 18 January. Get your tickets here.

ALSO ON NEWCASTLE LIVE
THE JOKE’S ON US: Newcastle Comedy Festival returns in 2020 with TWO MASSIVE galas!
ON A MISSION FROM GOD: Blues Brothers show to shake a tail feather at Lizotte’s in January
Your guide to shopping local this festive season – The Darby Street edition
ON-CALL KINDNESS: Give the gift of a friendly ear this Christmas with Lifeline