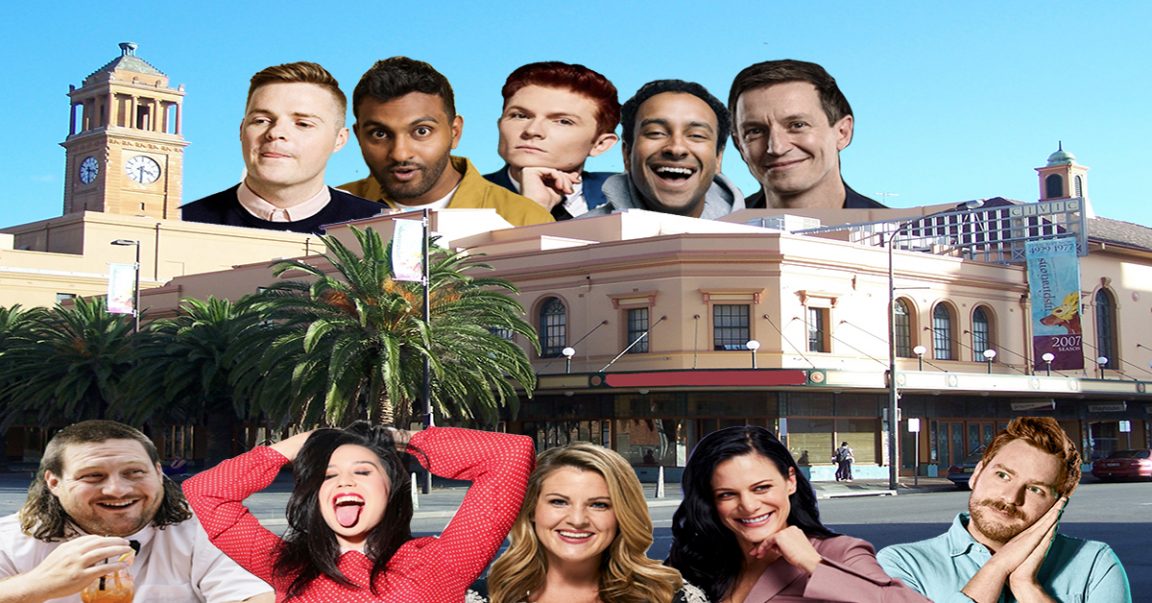 After a hilariously successful debut this year, the Newcastle Comedy Festival is coming back bigger and better in 2020.

Yep, that’s right. After the inaugural gala at the Civic Theatre sold like hotcakes, the boffins and Comedy Festival HQ decided that Newcastle deserves not one but TWO keynote events to bookend the week-long festival.

The opening night gala features a glittering array of talent led by all-round funnyman Rove McManus who started his entertainment career as a stand-up comedian but has gone on to become Australia’s most successful talk show host and one of its biggest producers of entertainment television.

Another jokester sure to have ’em rolling in the aisles is the hilarious Rhys Nicholson who has won more comedy awards than you can poke a mic stand at and appeared on the likes of Dirty Laundry Live, The Feed and Talkin’ ‘Bout Your Generation.

This year, Rhys was hand-piked to open for US talk show giant Conan O’Brien on his Oz tour, with Conan later inviting Rhys to appear on the Conan Show.

After a massive 2019 that saw him perform sold-out shows all over the world to critical acclaim while annoying a lot of baby boomers on Facebook, Tom is hitting 2020 hard with a brand new set of jokes about our cooked planet, the stupid internet and having sex with a witch.

If that wasn’t enough to tickle your funny bone, the line-up for opening night is rounded out by Andy Saunders who, after never having watched an episode, appeared with his wife Deb on the 2019 iteration of The Block, Luke Heggie, Nick Cody, Nina Oyama and Sarah Gaul.

The closing night gala promises to be no less gut-busting with lauded jokester Nazeem Hussain.

From cavorting in the South African jungle on I’m A Celebrity…Get Me Out Of Here! and starring in his Channel 7 sketch show Orange Is The New Brown to selling out stand-up shows across the country and becoming BFFs with Lindsay Lohan after a stint on The Masked Singer, Nazeem is fast becoming one of this country’s best-loved comics.

Another comedian whose star continues to rise is Matt Okine and the award-winning comedian, actor, and writer is returning to Newcastle after a huge year filming season two of his TV show The Other Guy, writing his debut novel and having a baby.

The laughter doesn’t stop there either with Newcastle-bred Cameron James taking on MC duties for the evening with the remainder of the line-up reading like a who’s who of ‘ones to watch’ in Oz comedy – Nikki Britton, Nick Capper, Aaron Gocs, Cameron Duggan, Alex Jae, and Elliott Stewart.