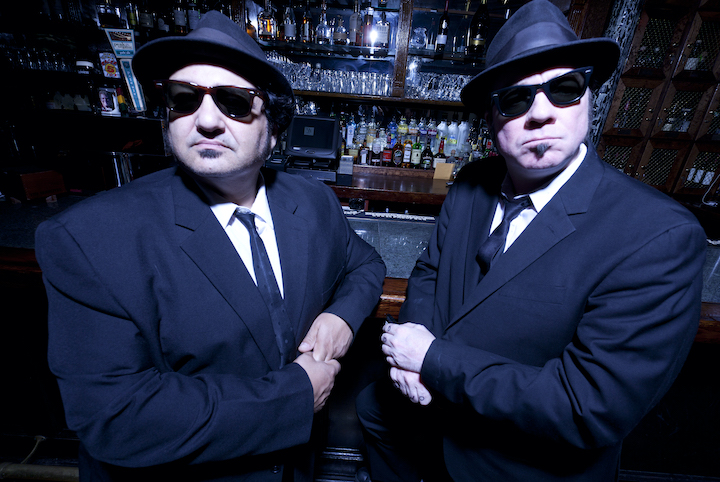 When the iconic comedy The Blues Brothers was released back in 1980, it made household names out of stars Dan Ackroyd and John Belushi.

Now, almost 40 years since Jake and Elwood Blues accepted their ‘mission from God’ to cut a musical swathe across the US of A, people are still enraptured with those legendary characters and the film’s accompanying soundtrack – one of the best in the history of celluloid.

Well, fans of the effortlessly cool Jake and Elwood can rejoice because the Official Blues Brothers Revue is making its way to Lizotte’s in January.

Starring Wayne Catania as Jake and Kieron Lafferty as Elwood, the Blues Brothers Revue is the only Blues Brothers show to be officially sanctioned by Dan Ackroyd and wife of the late John Belushi, Judith Belushi Pisano.

The show combines the comedy, music, and mayhem from the original movie, as well as songs from the five popular albums put out by John Belushi and Dan Aykroyd.

It is a faithful recreation of the characters, Jake and Elwood, and a spectacular tribute to Chicago’s rich history of blues, R&B, and traditional soul music, played with the same soul and conviction of the original Blues Brothers Band, featuring the likes of Dona;s ‘Duck’ Dunn and Steve Cropper from Booker T & the M.Gs

So if the likes of Gimme Some Lovin, Shake A Tail Feather, Sweet Home Chicago, and Everybody Needs Somebody To Love float your musical boat, then you’d do well to get along to Lizottes Newcastle on Thursday 16 January.

Get your tickets here.

ALSO ON NEWCASTLE LIVE
THE JOKE’S ON US: Newcastle Comedy Festival returns in 2020 with TWO MASSIVE galas!
Your guide to shopping local this festive season – The Darby Street edition
AMPED UP: Brightness in the running for prestigious 2019 Australian Music Prize
BLOCK PARTY!! Bakers Eddy to cook up a storm at Cambridge Boxing Day blowout!