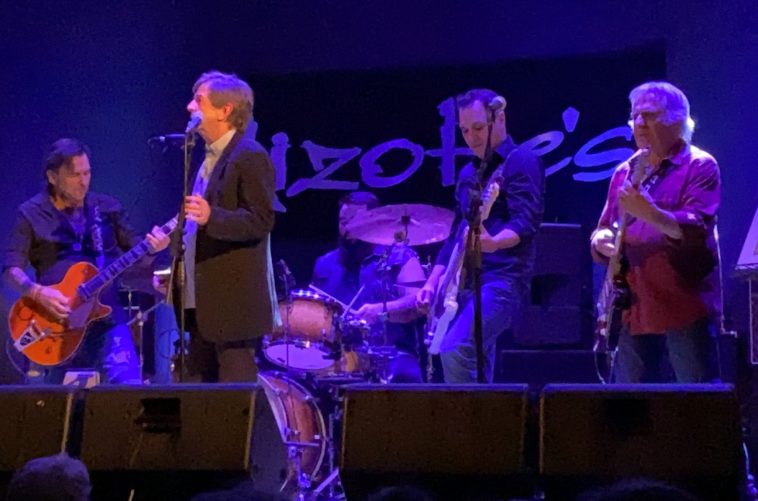 John Paul Young on stage at the Lizotte's Cookin' Up Relief benefit.

A capacity crowd revelled to a stellar line-up of local and national talent including the likes of John Paul Young, Amy Vee, Grant Walmsley, Daniel March and Ty Penshorn, while the night raised a formidable $25,000 for the NSW Rural Fire Service (RFS).

The end of the night donation count came to $24,771.20, however Brian Lizotte and wife Jo have revealed they will throw in the difference to make it an even $25K.

Brian said that he was ‘humbled’ at the level of generosity from punters, staff and musos for the event which was born from a phone call between Brian and local muso Daniel March.

“The fires spread so quickly and cause so much devastation. It left us all feeling overwhelmed about how to help but thankful the other thing that spread like wildfire once we put out the word was the offers of help and donations to make the whole night possible,” Brian said.

“We were so humbled that our staff, suppliers and musicians all offered their assistance without a second thought which says a lot for the community spirit here in Newcastle and all because Dan March picked up the phone and said: ‘what can we do’”.

The generosity doesn’t stop there, either with the venue hosting another bushfire benefit, Hearts Of Gold, on Saturday 22 February, featuring the talents of Justin Ngarki, Dave Carter, Steel City Sue, The Greg Bryce Band and the Nick Raschke Band.

Tickets to this lunchtime show are available here and the event will benefit the fire-ravaged areas of the Bega Valley.

ALSO ON NEWCASTLE LIVE
WHAT A PEACH! Newy eatery Rascal throws shade at Donald Trump with sweet burger treat
SAVE THE DATE: British India bring the rock back to the Bay
A who’s who of Newy music throw hats in the ring for Wicko bushfire bash!
ONWARD AND UPWARD: Ben Leece returns to The Stag to celebrate 7″ release