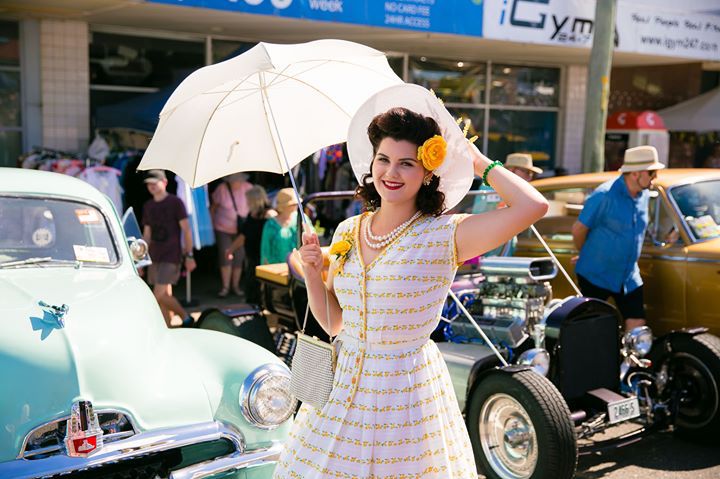 The ever-popular Kurri Nostalgia Festival is gearing up for another three days of fun celebrating all things retro.

Kicking off back in 2004, the event has grown from strength to strength with scores of punters flocking to Kurri from across Australia and the 16th iteration promises to continue that upward trajectory.

A glorious celebration of all things ’50s and ’60s – rock and roll, cars, music, fashion and dancing, this year’s festival features a stacked program with more highlights than you can poke a stick at.

Some of those highlights include the Shannon’s Show and Shine which will see Kurri’s Barton and Lang Streets lined with a plethora of pre-1978 hot rods and classic cars.

Another highlight is sure to be the always popular best-dressed competition that encourages attendees to come dressed in their best ’50s and ’60s threads with prizes awarded to the most sartorially correct across four categories – Traditional, Miss Modern Day, Couples, and Junior.

The festival will also play host to the playfully risque grand final of Burlesque Idol Australia which will take over Weston Workers Club on Friday 27 March.

Add to that music from the likes of The Rattlesnakes, Louis King, The Sydney Swing Katz, and the Rhythm Cats as well as a twilight rock and roll train ride at Richmond Vale Railway Museum and it’s little wonder that this festival has become one of the Hunter’s premier events.

The Kurri Nostalgia Festival is on from Friday 27 March to Sunday 29 March. head here for more info and a full, downloadable program.

ALSO ON NEWCASTLE LIVE
LAST DRINKS: Squire’s Maiden to shut doors after almost seven years in Honeysuckle
PARTY IN THE BACK: Mulletfest returns for a HAIR RAISING 2020!
SAVE THE DATE: It’s gonna be a FUNKY TOWN when Pseudo Echo rock the Mezz Bar
CARB-ILICIOUS! Domino’s unleashes garlic bread pizza so…waistline be DAMNED!