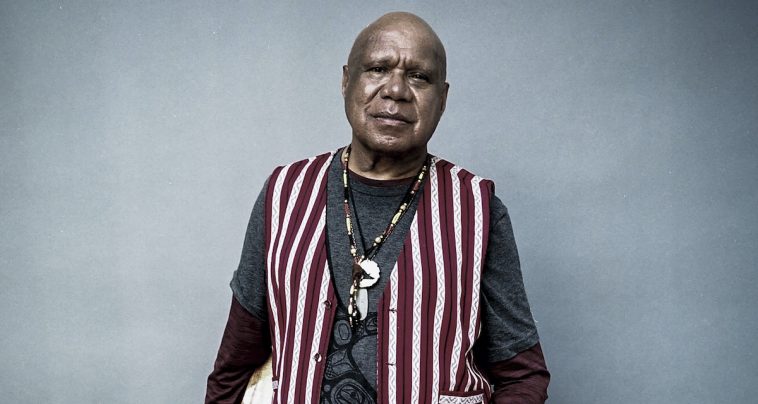 It’s certainly been a big week of gig reveals over at Newcastle City Hall with Ian Moss and Troy Cassar-Daley, and Kate Miller Heidke announcing their intention to hit the stage this year.

Well, you can add yet another to that list with legendary Australian singer-songwriter Archie Roach announcing he is coming to play the opulent venue on Friday 13 August.

The regional Tell Me Why tour comes as something of a relief for both Archie and his dedicated community of fans around the country.

2020 was meant to be a landmark year as it marked the 30th anniversary of his multi-award-winning debut album Charcoal Lane – widely regarded as one of the most important musical statements ever produced in Australia.

It was also the year that Archie was to embark on his final national tour giving countless dedicated fans the chance to connect with him one last time.

However, when the COVID pandemic hit, it put a stop to that final tour. His return to the stage earlier this year has been an important reminder of the power and emotion his shows are built around.

Archie Roach was propelled into the national consciousness, and musical spokesperson for the Stolen Generation with his remarkable 1990 song Took The Children Away.

Fast-forward a few decades and Archie is still an avid campaigner for the rights of indigenous Australians as well as being at the top of his game in the songwriting stakes.

The latter fact evidenced by Archie’s remarkable return to form with 2012’s Into The Bloodstream, and subsequent albums Let Love Rule (2016) and Dancing With My Spirit (2018).

Speaking to Newcastle Live in 2019, Archie said that the driving force behind his live performances was the connection and that he hoped his shows helped in transcending societal boundaries.

“We’re all in the same boat, especially in Australia – there are many sides to our coin but at our heart, we are one people and that’s one message I really want to get across,” Archie said.

“It’s all about connection and the fact that we all should be looking after each other regardless of race, religion, or anything else.”

Through the past year, Archie has turned his attention online creating his powerful and insightful Kitchen Table Yarns series.

Streamed online from his kitchen table on his mother’s Gunditjmara ancestral lands in south-west Victoria, the weekly series of episodes have celebrated the songs and stories behind Charcoal Lane.