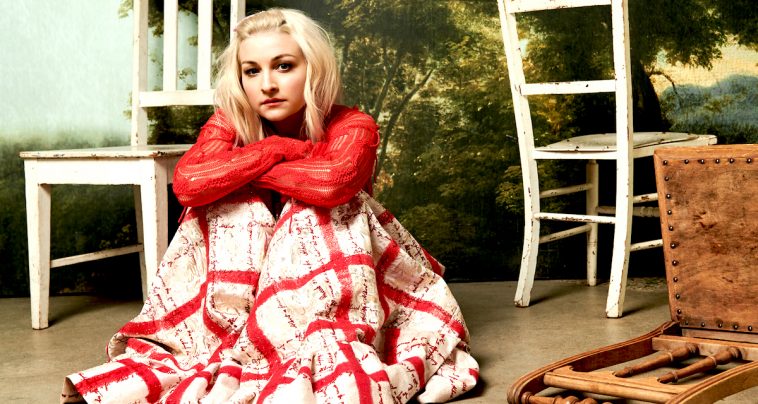 Genre-bending songwriter and 2019 Australian Eurovision hopeful Kate Miller-Heidke has announced a return to the stage with a national tour that will swing byNewcastle this October.

Kate along with a six-piece band will bring the Child In Reverse tour to Newcastle City Hall on Sunday 17 October.

“It has felt like an eternity waiting for this tour to begin,” Kate said.

“I’ll be playing with my favourite musicians and we are bursting with joy and excitement at the prospect of hitting the road again after so long.

“Playing live has always been a pivotal part of what I do – the connection with you all and sharing loved moments in time and space. This one is going to be special.”

Trained as a classical singer at the Queensland Conservatorium, Kate’s work is as diverse as her voice.

She has performed at the Metropolitan Opera in New York, dazzled in several roles for the English National Opera, won four Helpmann Awards for her debut opera as a composer, ‘The Rabbits’, written the music and lyrics (with her collaborator Keir Nuttall) to ‘Muriel’s Wedding: The Musical’ and represented Australia at Eurovision in 2019 with her original song Zero Gravity  –  coming first in her semi-final and achieving a top ten placing in the Grand Final.

Kate also appeared as the much-loved ‘Queen’ on Network TEN’s The Masked Singer in 2020, performing spine-tingling renditions under the mask including Blinding Lights, Damncing On My OPwn, Paint It Black and her revealing finale of I Will Survive.

Traversing the worlds of contemporary pop, folk, and opera across five albums, her latest,2020’s Child In Reverse, has been hailed as her most pop album to date, spawning the singles, This Is Not Forever, Deluded, A Quiet Voice, Little Roots, Little Shoots, and Simpatico (feat. Mallrat).

Frontier Members can access their pre-sale from Monday 21 June, before tickets go on sale to the general public on Wednesday 23 June.