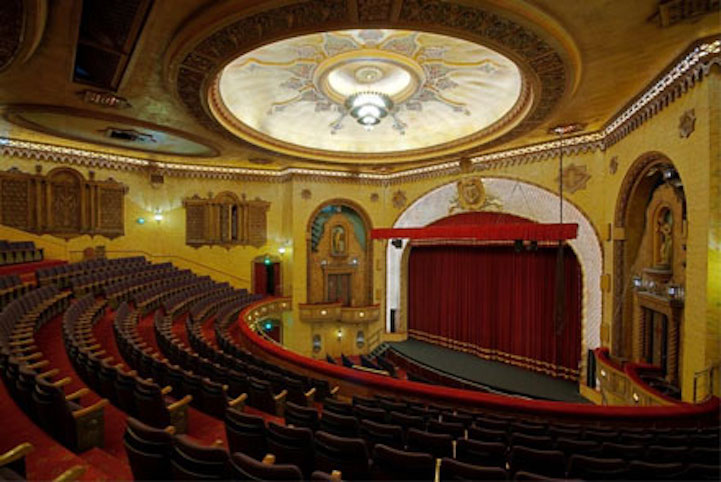 It’s been the cornerstone of Newcastle culture for nearly a century. And now you can get an up-close-and-personal look at the iconic Civic Theatre.

To celebrate the 90th anniversary of the opening of the Civic Theatre and adjacent City Hall, doors will be thrown open at both venues this weekend for an unprecedented ‘access all areas’ tour.

“City Hall and the Civic Theatre are beautiful buildings which are part of the cultural and civic fabric of our city,” Lord Mayor Nuatali Nelmes said.

“They are owned by and maintained for the people of Newcastle. Our 90th-anniversary celebrations are an opportunity to show residents and visitors aspects of both venues they have never seen before.”

The festivities will kick off from midday, this Sunday, in Wheeler Place where a host of free activities, including an aerial circus show, circus skills workshops, live music, giant wooden games, and face painting will provide fun for the whole family.

Tours of both the Civic Theatre and City Hall will then commence from 12.30pm to 3.30pm.

“On the Civic Theatre tour, you will go up onto the stage and into the backstage areas, normally off limits to the public,” City of Newcastle’s civic services manager Delia O’Hara said.

“You will hear about what goes on behind-the-scenes, and while on stage a range of leading local Newcastle drama, dance and musical theatre companies will provide a rare insight into the secrets of staging a production – from auditions through to tech runs. “

Delia added that the City Hall tour would take guests through all three levels of the building including the Lord Mayor’s office and Council Chamber while an exhibition charting the history of both venues will be presented in the Cummings Room from 1pm.

“Guests are also welcome to visit the Concert Hall where, between 12.30pm and 3.30pm, some of our most talented local musicians will present the ‘Showcasing the Steinway’ program.” Delia added.

The event is on Sunday 1 March from 12pm. Tours of the Civic Theatre and City Hall rin from 12.30pm to 3pm.

ALSO ON NEWCASTLE LIVE
KILLIN’ IT: Sarah McLeod to rock out with new single at the Staysh!
WHEN ART MEETS TECH: A touch of VIVID comes to Charlestown!
SAVE THE DATE: Holy Holy to bring a pool of light to Newcastle in April
NICE THINGS: We best make the most of them before they are gone forever