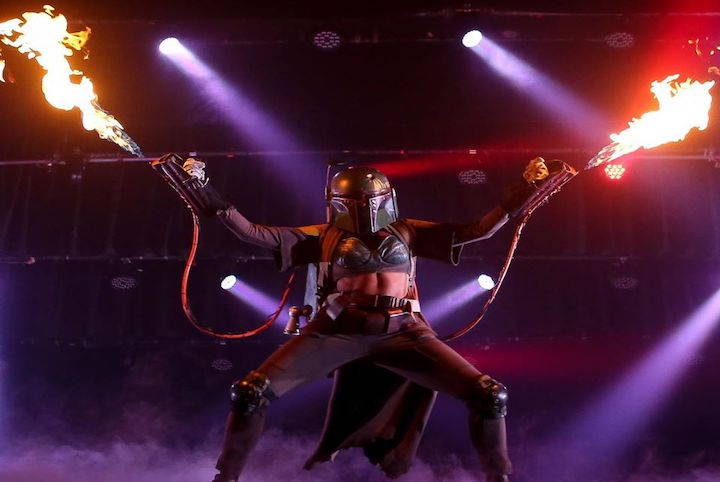 Are you a fan of the iconic Star Wars franchise who always thought that the Stormtroopers could do with some extra raunch? Or was hirsute hero Chewbacca not ‘sexy’ enough for you?

Well, you’re in luck because there’s a show coming to the Civic Theatre next month that seamlessly marries the oft disparate worlds of intergalactic soap operas and the world of burlesque.

Yep, that’s right, The Empire Strips Back will be making its way to Newcastle on Friday 21 February.

Starting life in a small 100-seat bar, back in 2011 this show has gone on to become one of the biggest burlesque shows on earth and after a huge sold-out tour of North America, the show is returning to Oz once again before heading back overseas.

If you missed out on previous tours, you can expect to see some seriously sexy Stormtroopers a dangerously seductive Booba Fet (geddit?) a very lady-like Skywalker and oh, they are definitely the droids that you’re looking for.

So, if you’re a fan of Skywalker and co and are also quite partial to a show peppered with plenty of song, dance, acrobatics and because it’s burlesque…the removal of clothing, this one should definitely be right up your alley.

Catch The Empire Strips Back at the Civic Theatre on Friday 21 February. Get your tickets here.

ALSO ON NEWCASTLE LIVE
AMORE PLEASE: Sailing the Seven Seas of pizza…all the way to Carrodise!
SAVE THE DATE: The Wicko to host MASSIVE blues and roots festival
Milky Lane throw caution to the wind with mammoth Indian-inspired burg
A string of Aussie legends heading to Toronto in 2020 for Live On The Lake series