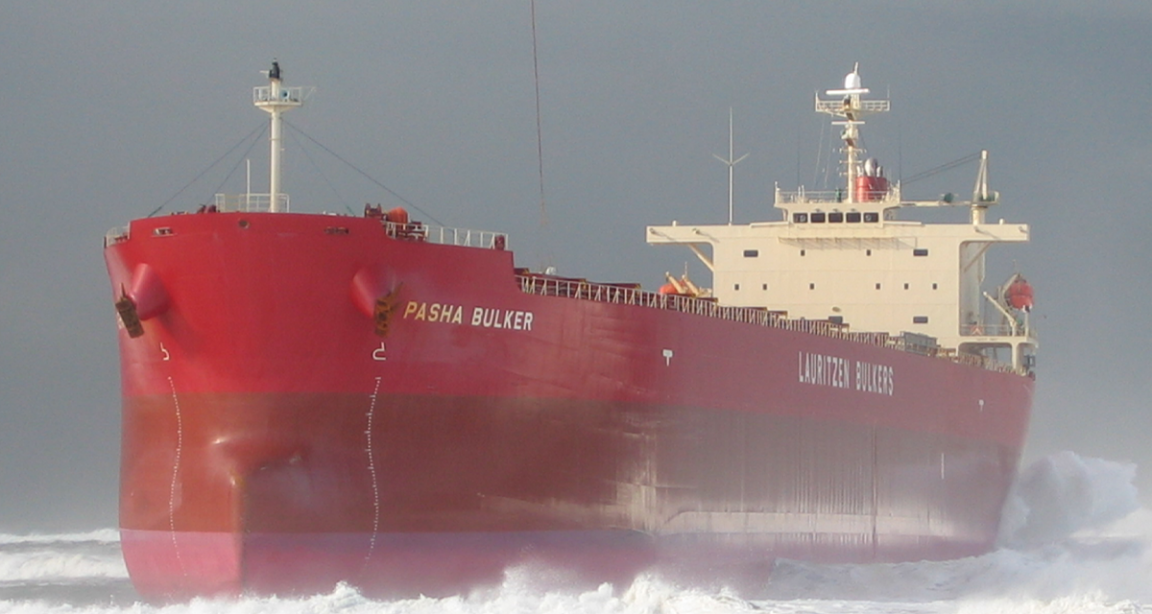 Can you believe it’s been 15 years since the Pasha Bulker ended up on Nobby’s beach?

Images of the coal ship were splashed on front pages of newspapers right around the world and the wild weather that caused the incident would be forever remembered as The Pasha Bulker Storm.

Yesterday we asked everyone on Facebook to share their memories of that day. Below you’ll find just some of the responses we received.

Emily: I was competing at The Band Association NSW National Band Championships in the town hall then went to see the boat after it had finished.

Adrienne: Working in an office in Newcastle East and literally watching the boat come into Nobbys beach out the window as our boss ‘tried’ to make us get back to work… 15 years ago… wow!!

Jodie: Trying to fly out of Newcastle to Brisbane and we couldn’t board because they couldn’t keep the stairs in place to get the passengers off.

Therese: Omg 15yrs… Time flies ..life is like a toilet rolling closer to the end the faster it unravels.

Renèe: I was in John Hunter hospital with my 4-week old baby who had been undergoing brain surgery, I had no idea of the storm happening outside of the destruction it was causing until I got a phone call from home to say it was raining in my lounge room as a tree had gone through the roof. Staff and visitors were all talking about the Pasha Bulka. Me, “the Pasha what? I had no idea what they were talking about until the next week when I went for a drive and saw it for myself.

Lucas: Coming up from Sydney at 5 pm via train on Friday afternoon. The trip would usually be 2 1/2 hours. The train slightly derailed near Gosford so had to catch a bus from there to Newcastle. The bus would only take us to Warners Bay McDonalds due to the flooding being so bad so had to walk from there to Cardiff through waist deep water with cars floating by. Finally got to Main Rd Cardiff near midnight. Was freezing cold and not a night I will ever forget.

Jessica: Wow Cameron, this was one of our first dates wasn’t it? A trip up to see the pasha Baulker on the beach 😆

Dianne: One of the worst storms I have lived through. One street over from my home I watched the whole roof from a house lift off and land several streets away. The flooding was terrible in Newcastle and around.

Beau: My Dad rode out this storm on his yacht at Newcastle marina, it was an intense night for the yachting community.

Jason: Was a rough weekend with high tide and bad storms all hitting together. Cars that were all over from the flood water were the next big thing after seeing the Pasha on the beach.

Maureen: The amazing skills of the men who rescued the sailors left on the ship

Carola: 4 major trees came down on our property but all fell in opposite directions and did not crush the house. But the husband slipped with the chain saw while trying to clean up resulting in a small cut to the leg, a trip to hospital then onto see the great ship on the shoreline. Remember it all too well !!!

Marilyn: Worrying if my husband was going to make it home from work at the Newcastle Harness Racing club at Broadmeadow. It was all flooding around there with cars underwater. He eventually made it home to Toronto around 11pm. 5 hours late, but safe!

Jasmine: I remember struggling to get home from school (lived 30 min away) cuz of the flooding and having a school roof collapse. Was Crazy weather!

Ron: One hell of a day and night, drive home from work which normally was 10 minutes took over an hour and a half with traffic and forced detours.

Aaron: Wow that went fast. I drove my Torana I had in there for a look. Got to Harry’s and it looked like the ship was on the grass it was so big. Then the cops had a defect station set up.

Hannah: What a nightmare storm that was I remember coming home to cars left stranded on the road washed up and stalled. It was the first time ever I stopped to pick up an old couple who lives in Eleebana they had dumped the car and were walking in water that was knee-high. 15 years wow.

Lisa: Waratah Brass – Newcastle losing their rehearsal space, many many instruments and thousands of pieces of sheet music (amongst heaps more pieces of equipment) as the streets of Wallsend flooded 😢 But still playing in the East Coast Band Championships that weekend – the show must go on.

Christopher: My house was flooded and my wife at the time could not get out the front door as the water was increasing so quickly and was so high. We had a 6-month-old baby and she was panicking. It was a horrendous night but we survived. And I read people saying it was terrible as they were late home from work. Please.

Kathleen: On my way home from Sydney on the train. Because of a mudslide on the tracks we just had to stay put. Luckily I had leftover goodies from staying the night before. So I shared my olives, cheese, cracker biscuits and strawberries around. Finally, very slowly we pushed on to Fassifern Station and that’s where we all got off. My knight in shining armour arrived and got me home along with 3 other ladies. Lucky we had a 4×4 to get through all the water at Glendale. what an adventure we had.

Anne-Maree: I was working in media then. It was madness journos & photographers running around everywhere drenched. Couldn’t find enough spare uniforms to keep them dry!

Renay: I remember our neighbours’ boat house getting absolutely demolished and their boat ending up under our jetty.

Annie: Sitting at home in the dark with a crying 3 week old who refused to feed and would only take a bottle. …..no hot water for the bottle so I warmed the water in the bottle under my dressing gown lol. no food, just stale toast as it was shopping week.

Phyllis: The last item of our furniture was moved into our brand new home as the storm hit late afternoon of the 7th I will never forget that night but we remained dry. Not a leak. Our builder came to check on the move, stayed too long and took him four hours to get home, a half-hour drive ordinarily. Such devastation to so much of Newcastle.

Scott: Lost my whole business at Cardiff, incl losing 15 customers’ cars. Had insurance, got paid out, and rebuilt the workshop/business from absolutely nothing.

Murray: I remember being on the tug Wickham that day when the call for volunteers only came through to put to sea to rescue three ships going aground at caves beach and Stockton the pasha bulls had already grounded by the time we loaded rescue salvage gear. I remember going out through Newcastle into 17-metre seas and surfing down the faces of these huge waves sometimes free-falling 10 meter’s off the backs of these swells. It took 2 hours to reach the ship going ashore at caves beach and another 4 hours to deploy rescue gear and finally pull the ship to sea. After ten hours we made it to the ship grounding on Stockton beach. But it was already grounding just near the signa. The cyclone eye passed over and then blew the ship back off the beach. It was the most intense 24-hour shift I’ve ever worked. It tools us another month to remove the pasha bills. I have some great photos.

Pandy: I remember being stuck at Bi-Lo Cardiff with our youngest, our eldest was stuck at OOSH at Cardiff Public, my husband was stuck at home in Macquarie Hills; we were separated by flooding. Around midnight some kind stranger in a 4WD with a snorkel took those of us stuck at Bi-Lo home, my parents and husband arrived at OOSH at the same time to get our eldest. We were lucky enough to be home when the worst of the storm hit. Ah, memories.

Wendy: Wading down Gow st in waist-high frigid water, dodging empty Wiz bins with my 3 kids in tow, trying to get to higher ground because the house was inundated with water. An absolute nightmare.