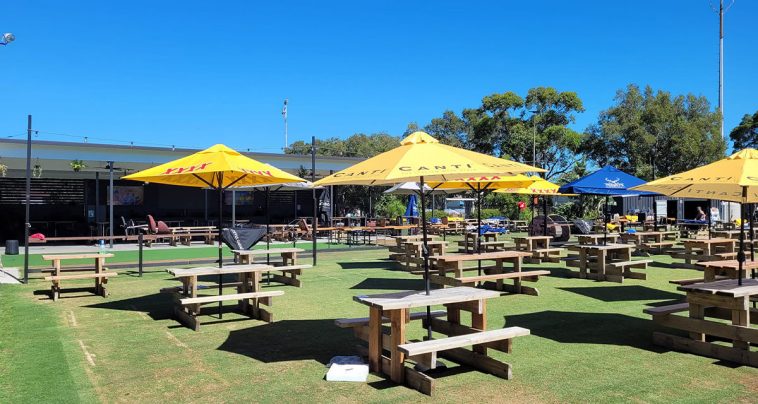 The team at Newcastle Live are all pumped about the announcement that Sir Elton John himself will roll into Newcastle to play a show as part of the Farewell Yellow Brick Road tour next year.

We’re excited to see thousands of people walk through the gates of McDonald Jones Stadium for the first and only major concerts the venue has hosted in 32 years. And we’re also over the moon for local businesses that will benefit from the economic boost it will bring to the city after such a shitty couple of years.

But, personally, I can’t help but feel a little pissed off to see how much support this show is getting when we’re still fighting to keep the city’s live music venues open and our bands playing on stages around Newcastle and the Hunter.

City of Newcastle and Venues NSW, the coordinator and promoter of a portfolio of publicly-owned sports and entertainment venues in NSW, secured the Elton show through a new Major Events Partnership.

“Newcastle is a premier events destination and CN is investing significantly in the sector, in line with Newcastle’s Destination Management Plan, through proactive event acquisition and sponsorship programs, as well as partnering with Venues NSW to secure major events to McDonald Jones Stadium,” Newcastle Lord Mayor Nuatali Nelmes told Venues NSW when the show was announced.

Working towards making Newcastle a destination for events like this is great, but how about some support and partnership for local venues and the musicians that play in them every week?

Why does Elton John get all the support he needs to play a huge show on a Tuesday night, only a few hundred meters from a major residential area, at a venue that hasn’t hosted a live music event in 32 years, when local bands can’t play on the green at local bowlos over the weekend?

HOW ABOUT SUPPORT FOR OUR LOCAL LIVE MUSIC INDUSTRY?

We need support for local venues that are facing closure due to development, noise complaints and insurance issues.

These venues, and the musicians that play in them, are part of a national economy that generates over $15.7 billion annually, so why do they seem less important to the local government than a one-off international headline show on a Tuesday night?

And while I’m aware that Labor Loves Live Music and all levels of local government champion the push to Save The Cambridge Hotel from closure due to development, real support that would actually make a difference is still yet to come.

Real support like the establishment of Special Entertainment Precincts in the city or the implementation of Agent of Change laws.

Either of these options would combat things like noise complaints from residents who move in next door to established venues.

And, arguably, if venues like The Cambridge were located in areas that had special entertainment precinct status their value as live music venues would be greater than their value as developments like student accommodation.

Unfortunately, live music venues and the musicians that play in them are now facing a new threat.

A few weeks ago themusic.com.au reported that some insurance companies are no longer offering Public Liability Insurance coverage to live music venues, or are offering premiums that are so high the venues will be forced to close their doors forever.

Reports say that some live music venues that are able to get insurance are seeing premiums increase by up to 1,100%!

This new threat to the industry will lead to more venue closures and increased ticket and drink prices from the ones that remain as they try to recoup the money spent on bigger insurance bills.

It’s a real crisis, make no mistake. And coupled with the issues venues continue to face during Covid and the lack of regulations and laws to protect inner city venues that remain, live music lovers could be in for some really sad days ahead.

So while I think Elton John playing a show in Newcastle is cool, I think our local industry deserves the same or more support and partnership than this one-off event seems to be getting.

NOTE: This post has been updated since Adamstown Bowling Club was been asked to stop hosting bands on the green until a development application can be approved.