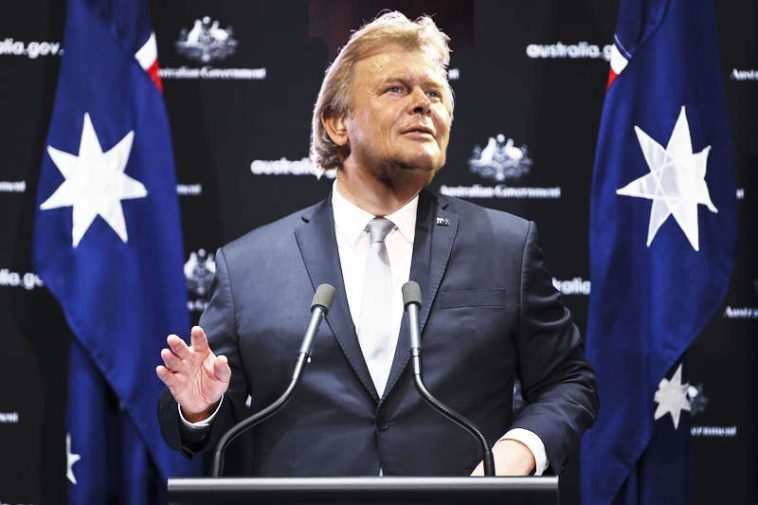 Well just when you thought that 2020 could not get any weirder, rapper, self-confessed genius and Kardashian ring in Kanye West announced, over the weekend, his intention to run for the US Presidency.

Regardless of what you think of Ye’s intention to throw his MAGA-embroidered hat into the Oval Office ring, there’s no doubt he’s created quite a bit of chatter on the interwebs.

So, Kanye’s lofty ambitions got us to thinking – which Aussie artists have what it takes to jump on the hustings, kiss a bunch of babies and give Scomo a run for his money!

Given that he is known as Senator Briggs in the Twittersphere and his next EP is reportedly titled Briggs For PM, this Indigenous rapper is almost a shoe-in for the top job.

Briggs has never been backward in coming forward in speaking truth to power, especially when it comes to conversations about race, inequality and representation in this country.

Given the level of political debate in this country, perhaps a dose of Briggs’ outspokenness is what we need right now

Pauline Pantsdown burst onto the scene back in 1998 with I Don’t Like It – a satirical antidote to the rise of another certain Pauline and her divisive One Nation Party.

Pantsdown has also had some experience in the political arena, taking a run at the New South Wales senate in 1998.

Surely we could all do with a bit of humour coming out of Canberra?

If ever there was an Aussie who could unite the disparate strands of the Australian political spectrum, it would have to be ‘our’ Kylie.

Kylie would make a great choice for PM due largely to the fact that she has reinvented herself numerous times throughout her career in order to stay ‘relevant’ – a trait that would be a welcome breath of fresh air in the current political climate..

We should be so lucky!

If John decided to throw his hat in the ring, he would, no doubt get the boomer vote locked down, taking precious ballots away from Scomo, however, given his long association with Hey Hey It’s Saturday a cabinet stacked with the likes of Plucka Duck, Darryl Somers and Dickie Knee might seem less attractive.

The Cruel Sea and Beasts of Bourbon rocker has already experienced soem of the slings and arrows of political life, running as an independent in the 2014 Victorian State election in a bid to save the Palais Theatre.

While he was unsuccessful, there’s no denying that Tex’s abilities as a raconteur as well as his booming voice and imposing presence would strike fear into his political opponents

He’s also not afraid of taking on Scomo either. During the ABC’s live New Year’s Eve coverage last year, Tex unceremoniously flipped Scomo the bird while dedicating the track The Honeymoon Is Over to our PM. A slight made even saltier by the fact that Scomo listed the track in his ‘How good is Oz Rock! (ScoMo’s Classics)’ Spotify playlist.