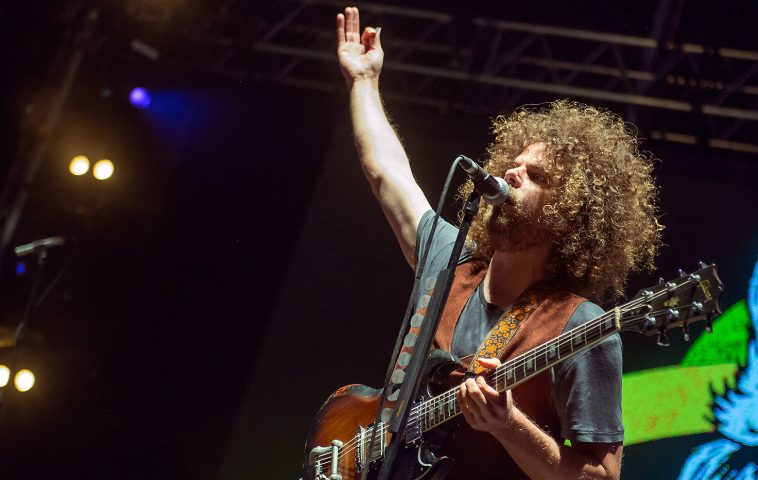 After a massive 2018, you’d be forgiven for thinking that Scene & Heard couldn’t get any bigger, right?

Well, you’d be wrong because the lineup for the 2019 festival, which kicks off at Wickham Park on Sunday 10 November, has dropped overnight and it’s a doozy!

Leading the charge this year are Aussie heavy rockers Wolfmother who are fresh from a massive Splendour In The Grass gig and an international tour.

With songs like Joker and the Theif, Mind’s Eye, White Unicorn, and Woman, under their belt, Andrew Stockdale and co are sure to put in an electrifying performance in Newcastle.

If that wasn’t enough, US superstars The Dandy Warhols will also put in an appearance as co-headliners celebrating their 25th year as a band.

If it’s flamboyant party vibes you want you’re definitely going to get them with tunes like Bohemian Like You and We Used To Be Friends.

Amazing hitmaker Alex Lloyd will also be marking a milestone at this year’s festival – the 20th anniversary of his platinum-selling debut album Black The Sun – a record Alex will perform in full on the Scene & Heard stage.

The treats just keep coming, too with the 2019 bill rounded out by rockers Eskimo Joe and Even, crowd favourites Sneaky Sound System and the glorious indie power pop of Jebediah and Magic Dirt.

To put the icing on the cake, Newcastle will also host the “Don’t Come Monday Stage” – a party zone designed to evoke only the best memories of the boiler room.

Championed this year by The Potbelleez DJ’s, the stage will feature Andy Murphy and John Course.

Scene & Heard is more than a festival. It’s about creating a connection to a time. A time before people cared about ‘likes’, and festival moments weren’t Instagram opportunities but collective memories.

Those wanting to create new memories and relive the old ones can head here to register for the pre-sale.

General public tickets are on sale Wednesday 12 June from 9am.