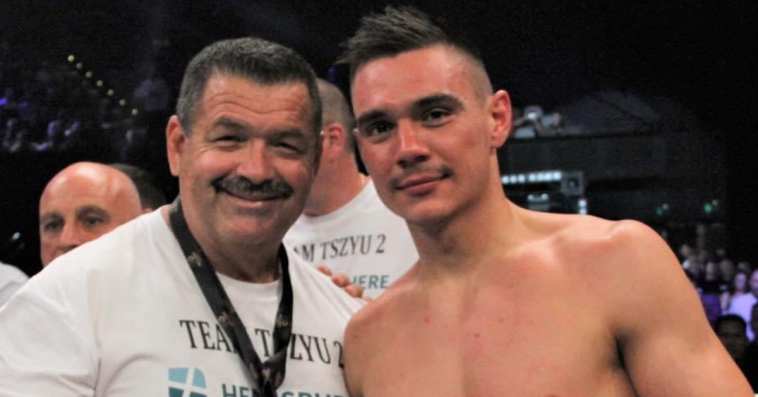 Tszyu Castle is expected to be the chant on every boxing fans lips, with reports the deal is done to bring Team Tszyu back to Newcastle in early July to take on Victorian Michael Zerafa.

Speaking with Newcastle Live Tim’s Newcastle based Manager, Glen Jennings is quietly confident the Newcastle bout will get the go-ahead with media announcements expected Thursday to confirm the date and location.

It was no secret how much Tim enjoyed his training and preparation time in Newcastle ahead of the Hogan bout; with fans and corporate supporters so openly supportive of him.

Following the March 31 bout, which Tszyu won over Denis Hogan with a 5th round TKO, he took a week off but has been back in the gym for almost a month now.

“Tim loved spending time in Newcastle prior to his Hogan fight. He’s back training and time is ticking on his next fight, we’re just waiting to see how it all pulls together,” said Glen Jennings.

“We’ve tried to get international opponents here, but there is a huge roadblock that we come up against regularly and that’s the two-week quarantine arrangement for pro athletes. That’s a bit of a deal killer.”

“It’s just a very tough time for athletes, especially, when they so regimented with their training and in the case of boxers, they need so much equipment and can’t be confined to a small hotel room.

Interest in hosting the fight has come from all over the country, but Newcastle remains the preference for Team Tszyu.

“It was a pretty amazing night, and it was always something I wanted for Tim; to experience what Kostya experienced more than 20 years ago. On the back of that success, we went straight into meetings with our promoters and from my perspective, I was pushing for Newcastle pretty much straight away because we could capitalize on the excitement and promotion of the Hogan fight.

At 100% capacity the Newcastle Entertainment Centre can hold just under 6,000 and there are expectations that it will be another sell out.

Jennings plans to train, once again, at the Broadmeadow PCYC and open a couple of Tim’s final training sessions up for the boxing public to come along.

Tim is now the Australia wide is the face of boxing and you can be assured he will be in the studio to chat with Tracy Mac should the fight eventuate! (which we are feeling pretty confident about!)