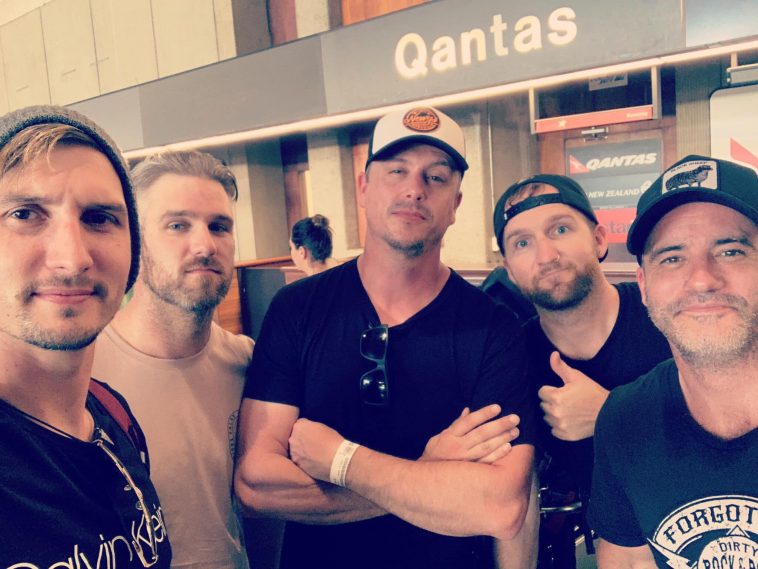 Newy-based country rockers Hurricane Fall were lucky to escape serious injury after their flight from Canada back to home soil experienced severe turbulence, forcing their plane to land in Hawaii.

According to the Sydney Morning Herald, Air Canada flight AC33, which was carrying 269 passengers was struck by turbulence at 36,000 feet, 966 kilometres west of Honululu.

It was also reported that 35 passengers suffered minor injuries as a result of the mile-high fracas.

The band were in Canada playing at the Cavendish Beach Music Festival and were winging their way home when the drama took hold.

They didn’t escape entirely unscathed either, with bassist/vocalist Pepper Dercy suffering nerve damage to his forearm in the drama.

Taking to Facebook on Friday, the band let fans in on their brush with danger.

“Just letting you all know that we are OK after the incident on our flight home,” the post read.

“Pepper has copped some nerve damage in his forearm/elbow but after being treated on the tarmac and then a follow up in hospital he’s got the Thumbs Up. We are all super grateful to the Air Canada staff for their professionalism and swift response. This was an eye-opening incredibly frightening experience, but we’re grateful we are all safe and sound. We’ll be home soon ! #wearyourseatbelts“

The band are currently holed up in Honolulu catching their collective breath.