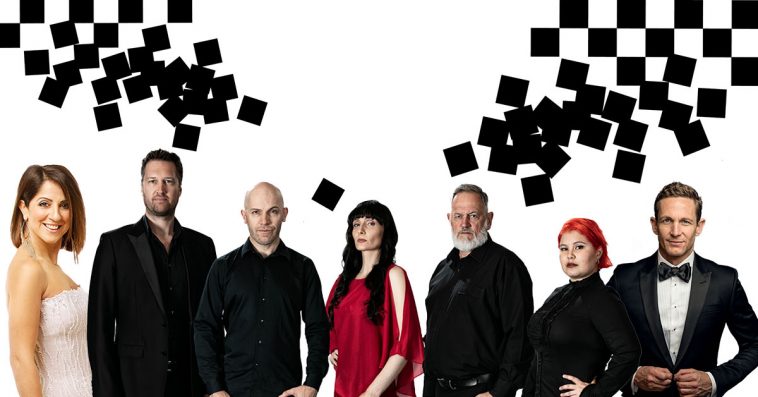 While the Very Popular Theatre Company made the difficult decision to postpone its anticipated production of Chess The Musical in 2020, the adage the show must go on has never been more apt.

So, in a case of you can’t keep a good thing down, the production will hit the Civic Theatre on Friday 26, Saturday 27, and Sunday 28 February and tickets are still available!

And, best of all, both David Harris and Silvie Paladino will still star in the show alongside formidable local talent Amy Vee, Marty Worrall, Marissa Sarocca, Matt Edwards and Christopher Allan.

It tells the story of two of the world’s greatest chess masters – one American (Worrall), one Russian (Harris) who are caught up in a Cold War-era tournament as well as a love triangle when Hungarian refugee Florence Vassey (Paladino) enters the picture.

While Chess did not ‘set the world on fire’ when it premiered on London’s West End in 1986, it’s status as an important musical theatre work only increases as the years roll on especially thanks to the iconic numbers I Know Him So Well and One Night In Bangkok.

“There was criticism in the beginning that the book was somewhat flawed but when you add the music it is just extraordinary. I mean Benny and Bjorn, just ABBA in general, have written some of the catchiest songs of all time,” Silvie told Newcastle Live in 2020.

“People will be amazed at how many songs they actually do know from the show – even if they’re not musical theatre types. When my kids heard One Night In Bangkok on the radio they were like: “oh what a great song.” I said: “you know it’s from a musical,” and they were like: “no it’s not.”

Chess The Musical is on at the Civic Theatre Newcastle from Friday 26 to Sunday 28 February. Head here for more information and tickets.