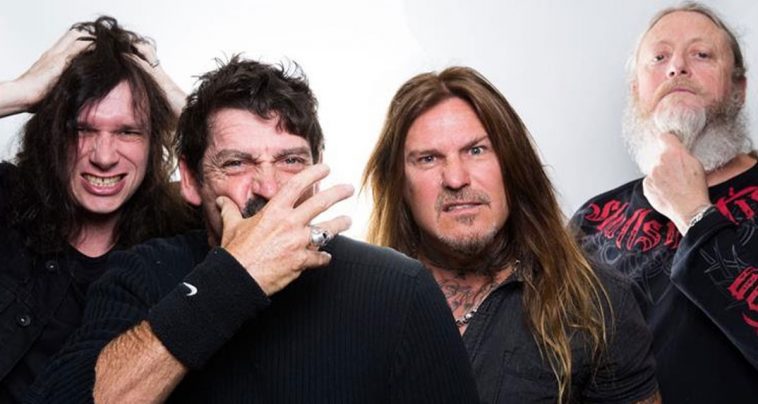 Nearly two decades ago, The Poor burst onto the Australian music scene with their debut album Who Cares which spawned the pub rock classic, More Wine Waiter Please.

This year the band kicked off their comeback with the release of the single, Payback’s A Bitch and are now embarking on an extensive tour across the UK and Europe, with pub rock royalty Rose Tattoo, armed with a brand new single, Cry Out.

“These UK and Europe dates are going off! It’s been so awesome to catch up with fans who have been asking for us to tour for so long, and to play our new material! We are pumped,” frontman Anthony “Skenie” Skene said.

The Poor have always surrounded themselves with their pub rock heroes. Their debut EP Rude, Crude & Tattooed was produced by Rick Brewster and Bob Spencer from The Angels who they would go on to tour with on numerous occasions.

Early in 1996, they opened for AC/DC’s international tour, they supported KISS and Van Halen and even toured with grunge rockers Alice in Chains and Suicidal Tendencies.

And while the new singles have benefited sonically from new recording technology, the band have not shied away from the pub rock and ’90s sounds fans flocked to their live shows for back in the day.

In fact, the vocal take on the new single, Cry Out will give listeners total Chris Cornell vibes and we’re all about it.

These sounds will be explored in full on The Poor’s new album with will land later this year on Reckless Records.

You can check out The Poor back catalogue, and the new singles, on digital platforms and visit thepoorband.com to keep up with tour announcements.