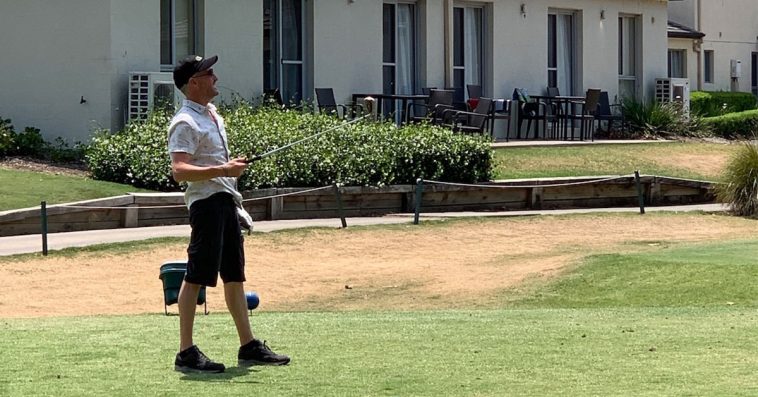 Last Night at The Jack we witnesses a special moment in the event’s history. With the passing of the Celebrity Classic’s patron Bob Hawke, a new patron needed be announced.

The room at the Sponsors Dinner went silent as a memorial video for Bob Hawke was played and then a massive applause as it was announcement that Wally Lewis and his wife Jackie would become the new Patron’s in the event’s 41st year. With the whole Lewis family at the event the honour was felt both on and off stage.

During the night, sponsors, guests, celebrity and professional players were entertained by Comedian, Darren Carr, band Winterbourne and musician Joe Moore. The night was hosted by regular attendee Richard Champion.

Play continued today at Crowne Plaza Hunter Valley, with the final players set to roll into the 19th just after 5 pm.