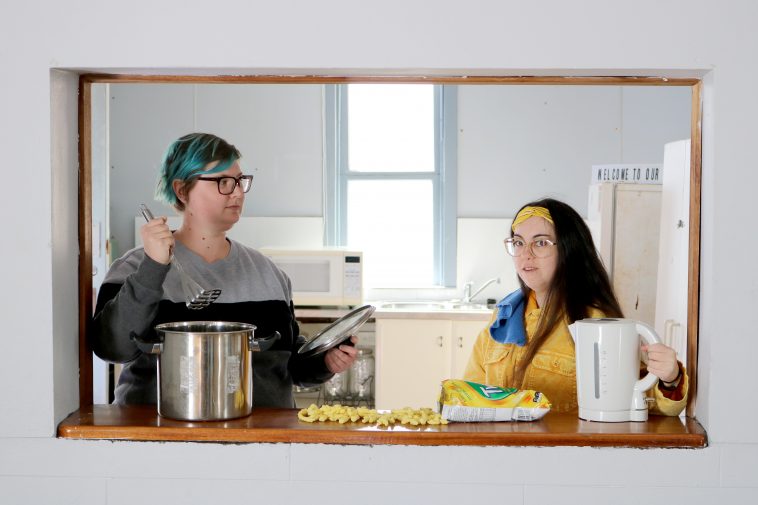 An election night dinner party is the focus of a new work from Tantrum Youth Arts, Sorry To Cut You Off, Penny.

The piece turns an election night dinner party into a deeply personal journey as four young women confront a nation and make their voices heard with a dash of onstage cooking, a pinch of feminism and a twist of wild dance party.

“We started with activism and politics but quickly found ourselves talking about food, domesticity and gender,” Meg O’Hara said.

“It’s just really exciting to have the chance to speak our truth onstage.”

The title Sorry to Cut You Off, Penny references the ABC’s coverage of the 2019 federal election and the constant interruption of ALP Senator Penny Wong throughout the night.

“I wanted to give the group space to talk about the kind of changes we hoped to see and make in the world,” facilitator David Williams said.

“When the federal election was called for May, it seemed natural to create our own election night dinner party, as the rehearsals were already feeling like one!”

Sorry To Cut You Off, Penny will be on at The Playhouse from Wednesday 11 September to Saturday 14 September.

Get your tickets here.