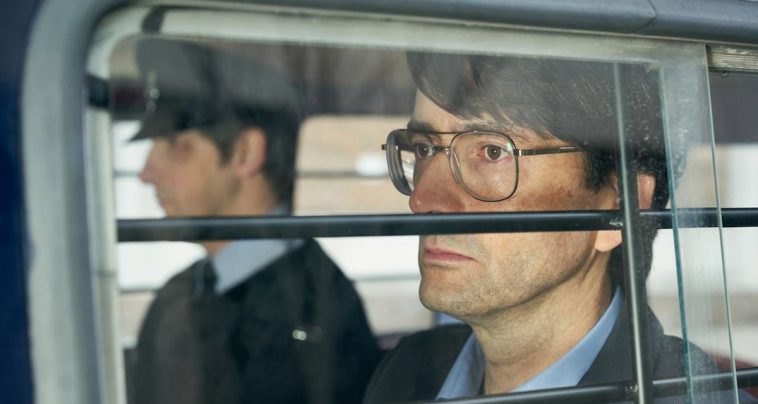 Are you fast-developing RSI of the thumbs from constantly cycling through myriad free-to-air channels and solid streaming offerings looking for something decent to watch?

Well, you’re not alone. We here at Newcastle Live love a good tele binge but we often find ourselves scrolling blankly through Netflix’s latest additions section before realising an hour has gone by without settling on our next dose of small screen escapism.

In that spirit, here are a few shows that have caught our collective eye of late and are definitely worth a binge.

1. The Man In The High Castle

Based on the novel of the same name by Phillip K Dick, this Ridley Scott-executive produced series is extremely watchable – especially for revisionist history buffs.

The Man In The High Castle proffers an alternate reality in which the Nazis win WWII and the Axis powers of Germany and Japan basically cleft the US in twain – the east becoming the Greater German Reich and the west becoming the Japanese Pacific States.

Could the American Resistance’s hopes lie in newsreels that show a ‘parallel universe’ in which the Allies won the war?

While the plot does tend to wane by season four, this dystopian thriller is definitely worth a look.

If you saw Milos Forman’s 1975 flick One Flew Over The Cuckoo’s Nest, based on the brilliant novel by Ken Kesey, you’d know that Nurse Ratched was one tough customer.

Well, this new Netflix series, developed by Glee and American Horror Story creator Ryan Murphy puts the tyrannical and malevolent nurse into the spotlight, as she nefariously nabs a position as a nurse at mental institute Lucia State Hospital, but underneath her seemingly dedicated and caring exterior lies something much, much darker.

Forman’s film is widely regarded as one of the best ever made and while Ratched never hits those lofty heights it’s a decent distraction nonetheless.

A refreshing antidote to the increasingly hackneyed superhero tropes, The Boys offers up a world in which the “Supes” aren’t always the good guys.

After his girlfriend is “accidentally” vaporised by A-Train, a member of the corporate controlled superhero squad The Seven, the unassuming Hughie becomes an unlikely vigilante alongside foul-mouthed former SAS officer and full-time superhero hater Billy Butcher.

The pair set about exposing the lies, corruption and ill deeds of these overpowered people, led by the narcissistic Hiomelander.

While definitely not for kids, The Boys is the perfect antidote to the overdone Marvel Cinematic Universe.

Nilsen was given a life sentence back in 1983 after being convicted on six counts of murder and two counts of attempted murder, however, by his own confession Dennis murdered at lest 12 young men between 1978 and 1983.

The story is based on Dennis’ 1983 arrest, after human remains were found blocking a drain near his home, and subsequent trial.

Bearing an uncanny resemblance to the man himself David Tennant gives possibly the performance of his career as the murderer who became knows as the Kindly Killer.

A must for true crime fans.