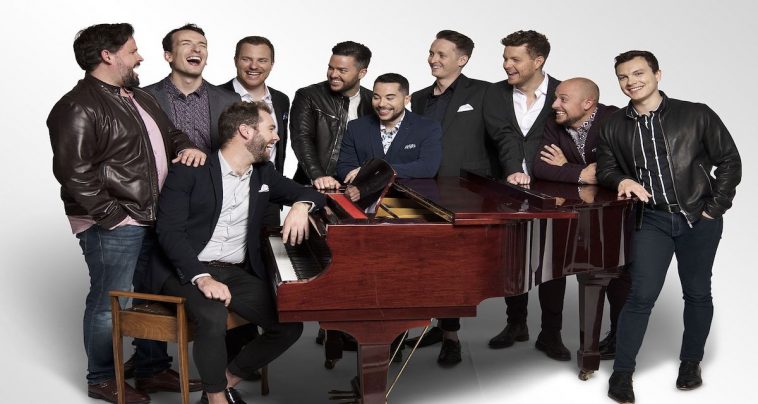 They are the Aussie ensemble who have taken the world by storm with more than 1.2 million albums shifted worldwide.

Now after being forced into hibernation for the last 12 months, The Ten Tenors are back in fine voice, announcing a 22-date national tour that will roll into The Civic Theatre on Wednesday 25 July.

The tour marks the Ten Tenors’ 25th year and also represents a welcome return to the stage for the group, since returning from their very first and sold-out tour of Brazil in March last year which had to be cit short die to COVID-19.

“We haven’t been all together since we said goodbye to each other in Brazil on March 17  2020.  We are ecstatic about the idea of doing shows again, especially to celebrate our 25th anniversary,” member Jared Newall said.

Given the amount of time between ‘drinks’ so to speak, it almost goes without saying that this vocal powerhouse will be itching to get back on stage to deliver a set that revisits their entire 15-album catalogue.

The song list will feature all the favourites including Bohemian Rhapsody, Hallelujah, Perfect, In my Life, Here’s to the Heroes, Pearl Fishers Duet, Funiculì, Funiculà, Largo AL Factotum and, of course, the mesmeric Nessun Dorma.

“I cannot wait to get back on the stage with my touring mates, I am so excited I am even looking forward to doing rehearsal,” Daniel Belle said.

“It’s been well over a year and we just want to sing together and see all the happy faces in the audience again.

Catch the Ten Tenors at the Civic Theatre on Wednesday 25 July. Pre-sale tickets will be available on Friday 5 March and general on-sale gets underway from Tuesday 8 March. Head here for more information.