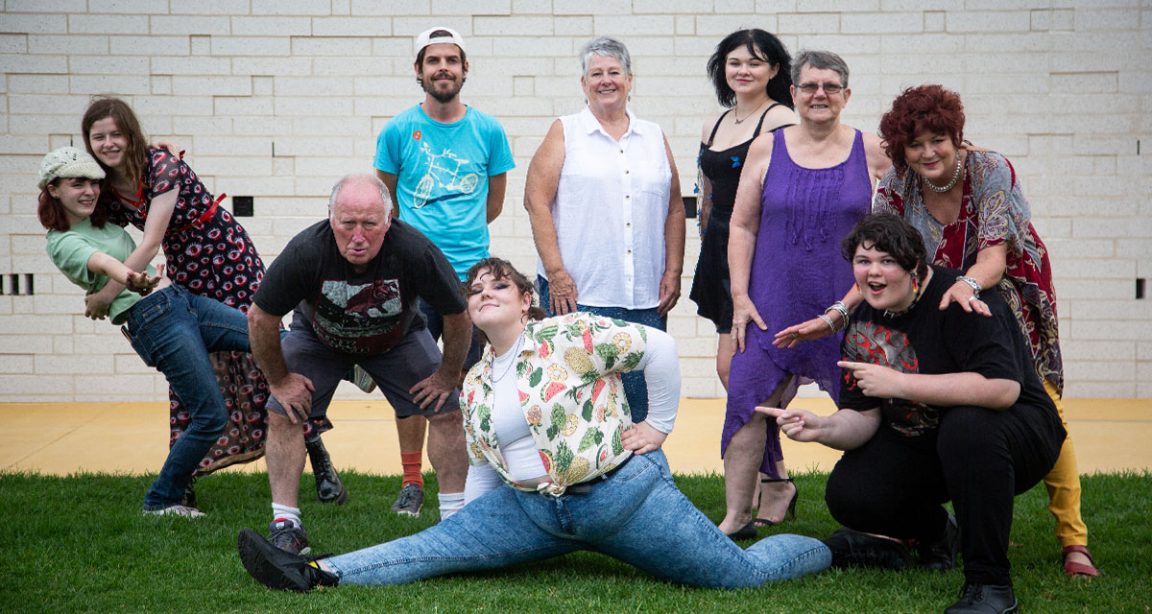 Tantrum Youth Arts will bring their first stage production in over two years to the Lake Mac Multi-Arts Pavilion at Speers Point Park in April.

The new production, Say Something Do Something brings together a dynamic ensemble of Lake Mac teens and seniors to share stories and experiences across the generational divide.

“Say Something Do Something is like an intergenerational mix-tape – in which the ensemble intertwine bold truths and daring fantasies as they find new ways to relate to each other,” Tantrum Youth Arts’ Creative Director, Nel Kentish said.

“Overall, it is a playful, funny and heart-warming show that raises important issues and amplifies the voices of young and old.”

The production, commissioned by Lake Macquarie City Council, will feature full 360-degree projections from local VJ Just Chuck which will light up the MAP mima Cube.

Lake Macquarie-based theatre-maker and community arts facilitator Chris Dunstan says the work is an important exchange in culture, language, and fosters an understanding of identity.

“Right from the get-go the group were willing to share and express a lot of themselves. They would go from telling incredibly personal stories to ridiculous improvisations within the span of an afternoon – that they could allow themselves to be vulnerable, but also playful, has been really special,” Mr Dunstan said.

Say Something Do Something by Tantrum will hit the stage for four performances between Friday 1 April and Sunday 3 April. Tickets are $15-$30 or $5 with a Dine and Discover voucher. Bookings are available through arts.lakemac.com.au.