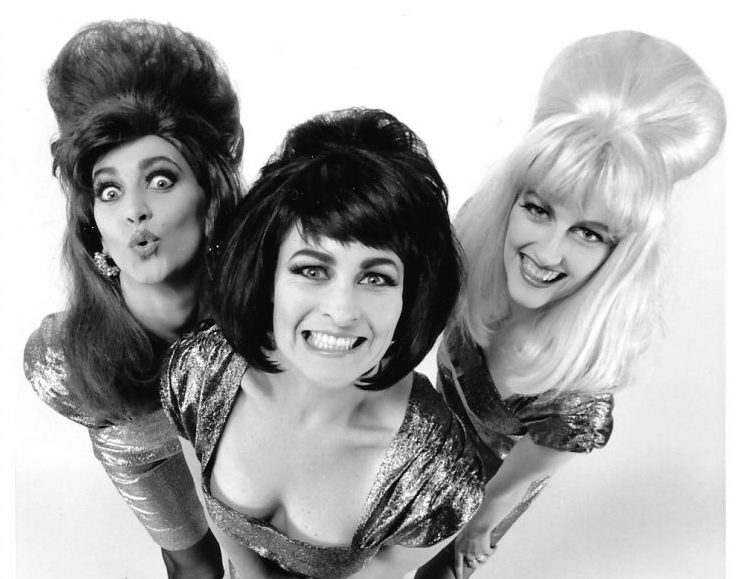 The global music world is aflutter with the news that The Curvettes have emerged, more gorgeous than ever and are currently in preparation for their 2019/2020 World Tour.

And guess what, Newcastle? You are the final destination!

That’s right! Those sizzling sirens Ronnie, Betty and Georgie will bring their unique talents to Belmont 16s next May in what promises to be a glittering display of music, fun, and fantasy!

The Curvettes will take you back to the halcyon days – a time when there were no-lockout laws, when Ronnie and Elvis were an item, when hundreds of fervent fans packed The Castle every Wednesday night and when the music of the ’60s was re-born by these megastars in a fantastically frenzied and crazy show.

When it came to the ’90s music scene in this fair city, The Curvettes were at the top of the tree with their exploits providing regular fodder for the local news media gossip sections.

Their performances at The Castle (now King Street Hotel) now legendary, for years their headshots adorned the venue’s Hall Of Fame Wall

Once the host of just about every modeling competition hosted at The Castle for close to a decade and now a City of Newcastle councillor, Carol Duncan shared her delight at the news of a return show from The Curvettes.

“I saw more stuff from the stage of The Castle than most people should have to see in a lifetime,” she said.

“The guilty shall remain nameless – at least until my memoir gets cleared by the lawyer – but the nights that The Curvettes fragranced the stage were a relief not just to me, but probably the first 14 rows of punters.”

This is one show you WON’T want to miss!

Catch The Curvettes at Belmont 16s on Saturday 23 May. Tickets are on sale Tuesday 29 October.