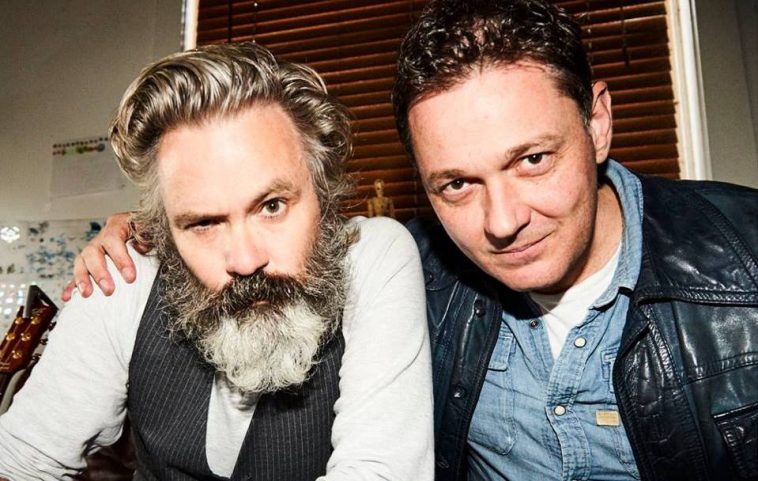 They are the ‘middle men’ of two of Australia’s greatest musical comedy trios – Tripod and The Doug Anthony All Stars.

And Paul McDermott and Steven ‘Gatesy’ Gates will join forces for a special night of hilarity at Lizotte’s this November.

The show will be chock full of songs about heartbreak, freshly-minted comedy comcoctions, old squabbles bubbling to the surface, and a bunch oaf spontaneous nonsense.

As a member of the anarchic Doug Anthony All Stars, Paul McDermott cut a swathe through the early ’90s comedy scene with the trio’s sacred-cow slaying brand of humour and ridiculous musical talent.

After the Dougs disbanded in 1994, Paul parlayed his early infamy into a prodigious and eclectic career that has seen him dabble in radio (Triple J) television (Good News Week) and author.

Thankfully DAAS reformed back in 2014, albeit without Richard Fidler who was replaced with frequent collaborator Flacco (Paul Livingstone)

After getting their big break on Hey Hey It’s Saturday’s Red Faces – Tripod became one of the most loved and bankable comedic outfits on the Oz comedy circuit.

the lads have also enjoyed considerable success on the international stage, including one memorable stint at the Edinburgh Festival that caused the Scotsman newspaper to gush: “sometimes five stars isn’t enough.”