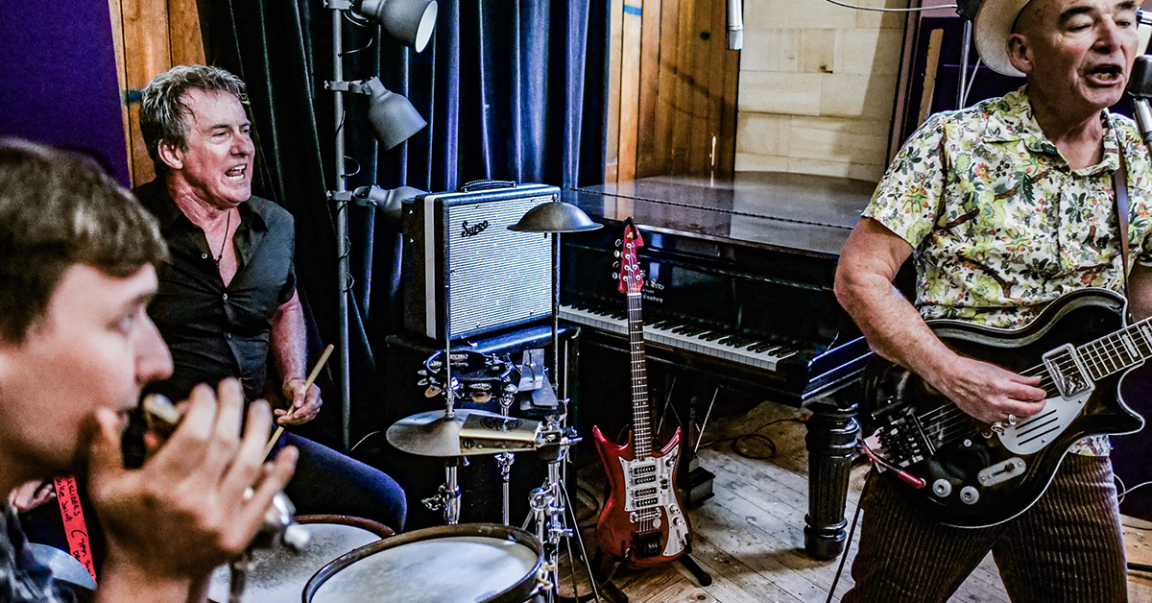 Award-winning Australian band, Backsliders are hitting the road in support of their new album, Bonecrunch. We spoke to guitarist and lead vocalist Dom Turner about the new songs and the tour that hits the stage at Lizotte’s on Sunday 23 May.

The riff-based American blues and Mississippi delta sound Backsliders have become renowned for has continued to find an audience generation after generation which Dom said was due to music the richness in its long history.

“Good music always prevails. There is a depth of emotion that really penetrates the psyche of a lot of people,” Dom told Newcastle Live.

“It conjures a ‘feel good’ sound that you can’t help but respond positively to.”

And 15 albums into their discography, Backsliders continue to capture each evolution of their sound. The 15 songs on Bonecrunch blend that rural American blues sound with distinctly Australian lyrical and musical themes.

“It’s always really about trying to make an album that accurately represents the sound of the band at that point in time. The band evolves fairly regularly in a natural way. We also aim for a ‘live’ and organic feel to sound,” Dom said of the new record.

The album has a distinctly ‘live’ feel – a vibe almost demands that these tracks be belted out onstage in front of an audience.

“For the past 20 or so years, the process has been for drummer Rob Hirst and I to record songs live as a duo. We then add harmonica and any other instruments as we see fit the song.

“With every album we do, there are always some tracks that we decide not to include in live sets. With this album, most of them feature at our live gigs and the process has been really effortless. They seem to lend themselves in general to being played live.”

The new Backsliders album is out now. The band play Lizotte’s in New Lambton on Sunday 23 May. Head here for tickets.