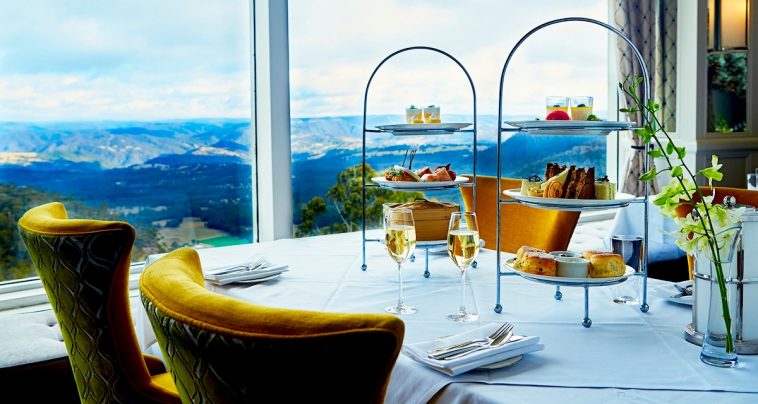 Sitting in the Hydro Majestic’s Wintergarden restaurant, overlooking the Megalong Valley in the gorgeous Blue Mountains, waiting for their famed high tea to be served, my uncle leans over and whispers conspiratorially.

“You know, back in the day, they used to ring a bell at 4am to remind hotel guests to return to their own rooms.”

I must have looked appropriately surprised because he smiled and nodded.

“It’s true. Back in the day, this was where all the rich folk came to play. The parties were legendary.”

I could feel my eyebrows rise as I waited for him to continue.

“The parties were said to be wild, and people would spend the night in rooms other than their own,” he continued.

I looked at my aunt, who sat between my uncle and me and asked: “Do you think mum knew this story?”

We both laughed as she grabbed my hand and squeezed. A sober, gentle reminder of why we were both at the Hydro Majestic on this brisk autumn afternoon.

Six weeks ago, my mother passed away after a 22-year battle with Parkinson’s. When diagnosed, she was given 10 to 15 years to live and in 2021, she finally succumbed to this awful disease that robs people of so much in life.

Parkinson’s presents with a range of symptoms, affecting people in different ways and in the last few months of life, mum started having seizures. In the beginning, it was only every few days and lasted just a few minutes. By the end, the seizures were daily events, lasting a gut-wrenching 45 minutes each time.

It’s no wonder her poor brain, caught for so long in the unrelenting grip of this vicious beast, finally gave up the fight.

A palace in the sky for a small-town country girl

Mum grew up in the small town of Lithgow. Married at 18 to a young policeman, she followed her husband and his career to greener pastures.

I grew up with tales of Lithgow and the Blue Mountains. Tales of riding horses, bushwalking and Saturday matinee movies at the only cinema in town. But the stories that made my mother’s eyes sparkle were those she told of the glorious Hydro Majestic Hotel.

To a small-town girl, it must have seemed like a palace in the sky. I mean, its scale and grandeur are impressive today, perched imposingly on the edge of a cliff, overlooking the ancient Megalong Valley far below.

Mum had always wanted to stay at ‘the Hydro’ but, for one reason or another, she never quite made it. My stepfather told me they’d talk of staying or eating there but again, it wasn’t to be.

So, as one final, loving gesture, my stepfather, sister, aunt, uncle and I took mum for high tea at high noon on a sunny Wednesday afternoon.

Officially opened on July 4th, 1904 as a hydropathy retreat, the then-named Medlow Bath Hydropathic Establishment had to reinvent itself, just a few years later, when hydrotherapy fell out of fashion. Since its reinvention, the Hydro Majestic has built an international reputation as one of the Blue Mountains most elegant and luxurious resorts.

According to my mum, only The Savoy in London, or perhaps The Ritz in Paris, could rival the Hydro in magnificence. Having been to neither, I’m going to agree.

So, it was fitting that she be with us, in spirit at least, as my family enjoyed a delicious high tea, in her honour.

Crustless sandwiches, warm scones, tiny cupcakes and mouth-watering mousse were all on the menu. With stunning, panoramic views over the Megalong Valley, I can see why mum thought this place was divine.

As for my uncle’s story of hotel shenanigans and early morning bellringing, I can find nothing substantial to back it up. But I love the idea of naughty hotel hi-jinks.

I suspect my mother would have, too.

With the recent opening of the NorthConnex, the Hydro Majestic is less than three hours’ drive from Newcastle making it the perfect day trip destination. By why not stay the night and explore the stunning Blue Mountains?