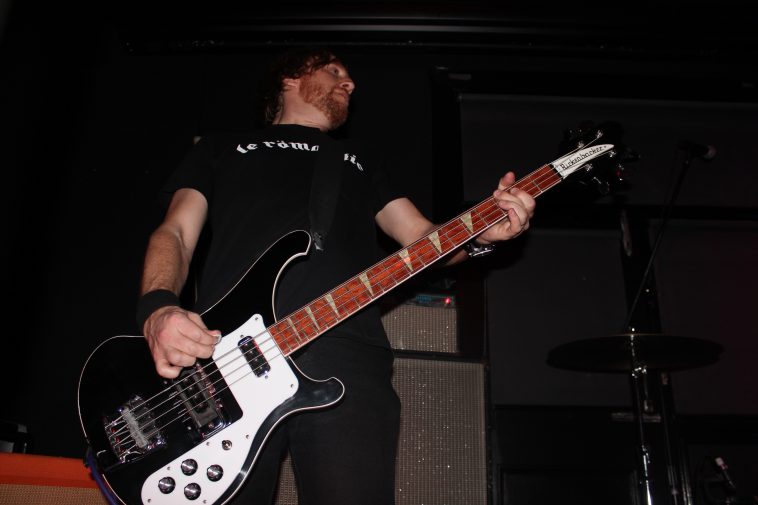 The “Hamo” turned it on in spades on Thursday night with an onslaught of big riffing madness courtesy of Los Angeles- based rockers Sasquatch.

And, even though it was a school night, the front bar was well populated with eager punters keen for the heavy groove of Newcastle outfit Drug Mother.

Clearly impressed with his band-mates chops, Overend ventured into the growing crowd throughout the set to appreciate the tunes as a punter – and rightly so.

Sydney’s Arrowhead were up next and continued down a similar fuzzed out rock vibe and down-tuned groove.

Normally a three piece, Arrowhead recently added a second guitarist in the form of Raff Iacurto who was playing his first show with the band.

It did not show however, with the riff-meister lurching into each song with a definite ferociousness that blended effortlessly with the fuzz-thick sound of fellow axeman and vocalist Brett Pearl.

Judging by his vocal delivery, I would wager that Pearl was raised on a steady diet of Sabbath, and Zeppelin with some Kyuss thrown in for good measure.

LA outfit Sasquatch have been a thing since 2001 and in that time have pushed out five albums of mammoth 70’s inspired rock and roll.

Criminally, this thunderous three piece hadn’t visited out shores before – a fact thankfully rectified in 2019.

From the moment these guys took to the stage, they had the crowd (now lurching ever closer) in the palm of their collective hand.

Frontman Keith Gibbs, clad in a trucker cap, looked very much in his element as he wailed his way through an all killer no filler set, as the rhythm section produced a sound that you could almost feel in your throat (a common theme of the night).

Drug Mother’s Overend joined Gibbs on the mic for one song which only served to make the sound even thicker.

A massive night that will live long in the memory.