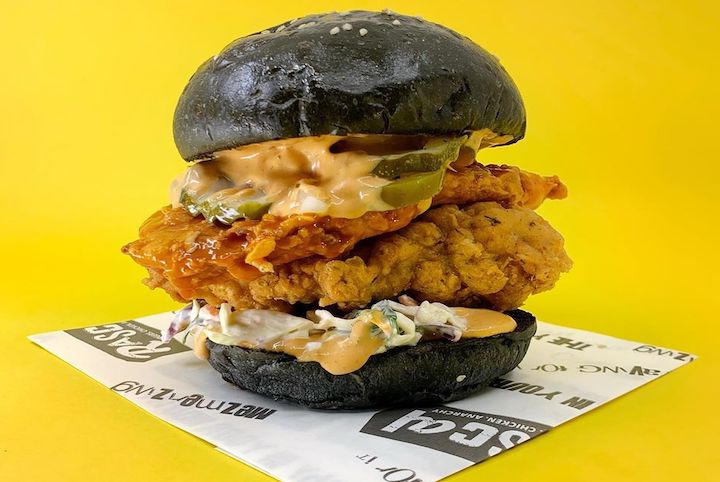 It’s the ‘anarchic’ inner-city chicken and burger joint that has been wowing hungry Novos with an endless stream of weird and whacky burger specials.

And Rascal may well have produced their biggest and most ‘politically’ correct burg to date and it’s all thanks to our fearless leader Scott ‘ScoMo’ Morrison.

Yep, that’s right. The burger boffins at rascal have created the ‘Scomatose’ and it’s not for the faint of heart – much like many of its namesake’s policies. Right?

Oh, and the whole thing is sandwiched between a black-as-night coal bun.

The arrival of the ‘Scomatose’ on the hustings was welcomed by fans with the concept taken further from some politically savvy burger hounds.

“Can we get the Berejiklian Burger next,” one fan commented ton Facebook o which another local wit replied: ‘tastes grey and chances are you will be strip-searched after?”

There was one rather unsavoury suggestion that the burger could elicit an incident similar to the one ScoMo himself experienced at Engadine McDonald’s after the 1997 NRL grand final.

Oh, and as an added bonus, two bucks from every Scomatose sold will go towards the New South Wales Rural Fire Service.

Much like ScoMo’s charisma, this thing is only around for a limited time, until the end of the week, in fact, so get in QUICK.