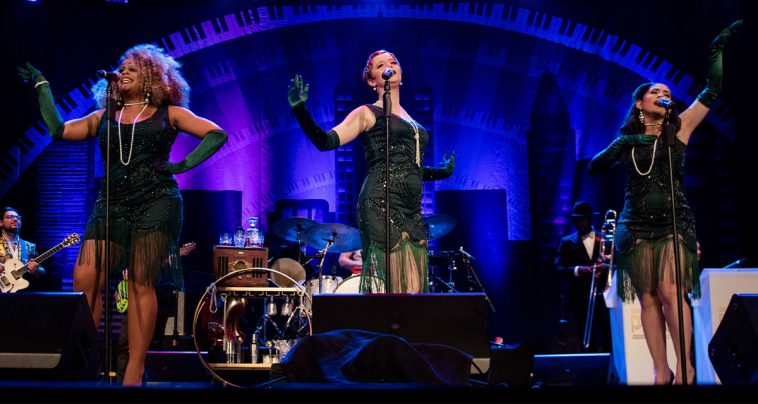 The viral phenomenon, Postmodern Jukebox will bring its national tour to Newcastle in September.

With more than 5 million subscribers on Youtube, the Postmodern Jukebox juggernaut has continued to grow over the past decade.

From their rendition of Radiohead’s Creep to their Cab Calloway-inspired version of Michael Jackson’s Thriller and their reimagination of the much-loved theme from Friends, the ensemble of multi-talented singers and musicians continue to add to their legion of diehard fans with every video and tour – especially in Australia.

“Ever since our first trip Down Under in 2015, we’ve made Australia an annual stop on our tour itinerary and have gotten to meet some of the best audiences in the world, as a result,” Band leader, Scott Bradlee said.

“We have been so sad to miss a couple of years of this annual tradition due to the pandemic, but we’re thrilled to announce that we’ll be back better than ever in 2022 for our sixth tour of the continent.”

The Grand Reopening Tour promises surprise guests, making each stop on the tour unique and unpredictable, and performances of Bradlee’s most loved renditions of modern music’s biggest hits.

Postmodern Jukebox will hit the stage at the Civic Theatre Newcastle with their The Grand Reopening Tour on Tuesday 20 September. Tickets are on sale now at tegdainty.com.