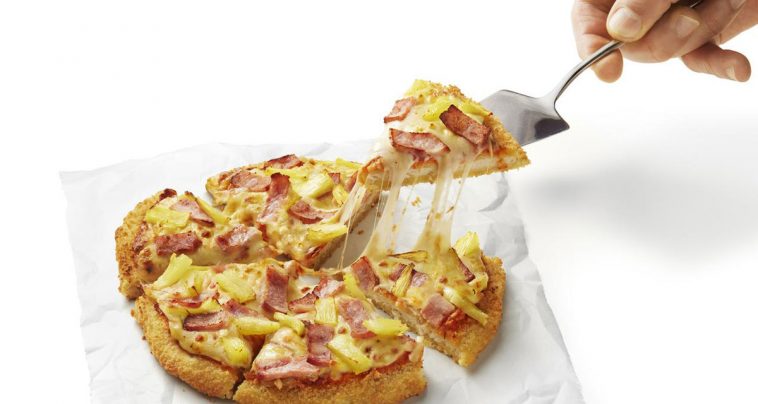 Pull the fat pants out of the wardrobe because the evil geniuses at Pizza Hut have dropped the holy grail of combos they’re calling the Schnitzza.

The crazy invention is basically the ultimate schnitzel topper, bringing together some of Pizza Huts favourite topping combinations served on a chicken schnitzel base.

You can choose to have your Schnitty topped with four different toppings including Hawaiian pizza, Creamy Ham & Mushroom or BBQ Beef & Ham.

But surely the best way to experience the Schnitzza is with a classic Margherita which, when you think about it, is essentially a huge round parma.

The Schnitzza menu is now available at Pizza Hut for $18 delivered or $15 if you’re picking it up.