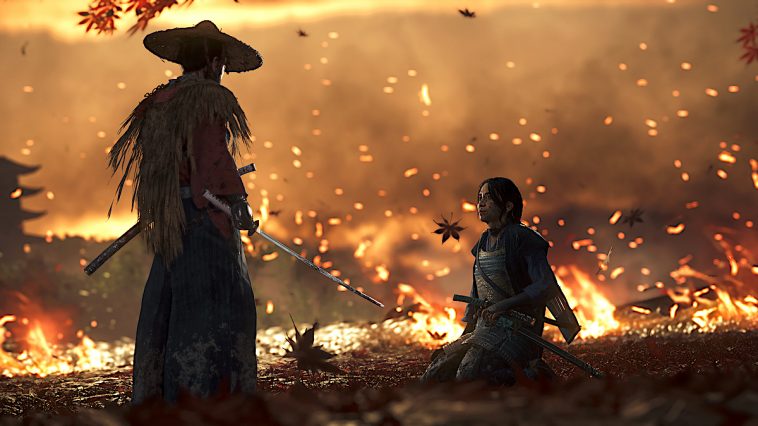 Well, with another NSW lockdown looming (fingers crossed and keep washing those hands!) we are once again staring down the barrel of even more time spent in our abodes.

Well, what better way to pass the time than with a few solid hours of button mashing and joystick twiddling?

We are talking of course about video games and while they were once seen as the domain of geeky teenage boys chained to consoles in dank basements, the video game industry has eclipsed Hollywood in terms of popularity with many titles more than outclassing the narrative abilities of much of the hackneyed superhero fare and soulless reboots that studios constantly foister upon us.

So, here are some recent titles that we reckon will keep your eyes glued to the screen and your thumbs aching.

If the idea of wandering the earth as a stoic samurai in feudal Japan sounds like your idea of a good time then you NEED some Ghost of Tsushima in your life.

This massive open world game is an absolute visual feast and is arguably the most beautiful looking game of this console generation.

The story centres around Jin Sakai one of the last surviving members of his clan after a brutal Mongol invasion in the late 13th century.

Jin is tasked with recruiting allies to suppress the Mongol invasion, led by the ruthless Khotun Khan and bring peace back to the once harmonious island of Tsushima.

Film buff fans will be left in awe with the game’s Kurosawa mode, which replicates the vibes of such iconic Akira Kurosawa films as Yojimbo and Seven Samurai to an absolute tee.

The Last of Us: Part II

If you needed evidence that video games have well and truly evolved from the days of a little yellow circle chasing pellets around the screen then The Last OF Us: Part II could very well be the smoking gun.

While the gameplay here is perfectly serviceable (and offering up several edge-of-your-seat moments into the bargain), it is The Last Of Us: Part II’s story that really shines.

The first iteration (widely considered as one of the best games ever made) told the visceral and emotionally wrought story of Joel who in the midst of a global zombie-esque pandemic, must lead young girl Ellie across the country in a bid to find a cure and save humanity.

The second iteration picks up a few years after Part I and this time focusses on Ellie who has now grown up and after a shocking event in act one (no spoilers) must head out on a brutal quest for revenge.

The Last Of Us Part II is unrelenting, visceral and thought-provoking.

If you’re in need of a little bit of whimsy after the first two entries, then Paper Mario: The Origami King is just the ticket.

This family-friendly title sees everyone’s favourite plumber Mario who has to set out on a journey to prevent the Mushroom Kingdom from being transformed into origami.

Mario and friends, including new partner Olivia must battle evil folded soldiers, repair the damaged landscape and try to free Princess Peach’s castle from the nefarious clutches of King Olly.

This writer had oodles of fun tooling around and destroying everything in my path as a little 1950s inspired alien when this game first launched back in in 2005.

Now the cult classic has been given a spit polish for the current console generation and the results are out of this world (pun intended).

You play as an alien called Crypto who has a burning, unquenchable desire to,well destroy all humans. And this nasty little alien revels in zapping, humans, distintergrating them and even ripping their brains out.

Yes its crass, yes it’s immature but Destroy All Humans is also a heck of a lot of fun.