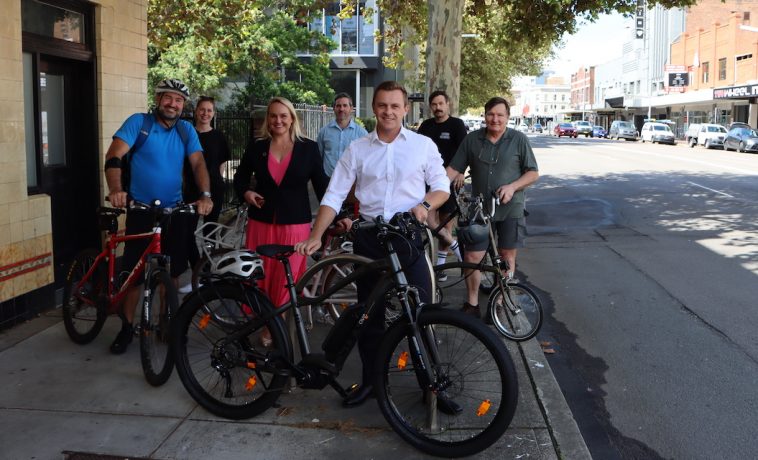 Newcastle’s reputation as a cycling-friendly city is about to get a boost thanks to the construction of a new cycle path in Newcastle’s West End.

With construction due to commence mid-year, the Hunter Street West End Cycleway will trial a range of features between National Park Street and Worth Place, including two single direction cycleways which will be considered as an option in the City Centre Revitalisation West End Stage Two development.

The project follows the completion of the Queens Wharf Cycleway Bypass last month which provides cyclists with a safe, 3m wide shared pathway one block behind the high-traffic main street.

Both projects were funded by the State Government’s Streets as Safe Spaces program with the Queens Wharf Bypass receiving $100,000, and the West End Cycleway funded to the tune of $525,000.

“Cycling is a genuine transport option for families, commuters and recreational users, which is why expansion and improvement of the cycleway network are essential and why it stands as one of the City’s priority projects,” the Lord Mayor said.

“The Streets as Shared Spaces initiative has allowed us to trial a solution that makes it easier for cyclists and pedestrians to get around the Queens Wharf precinct and the Hunter Street cycleway trial will provide connections to several key north and south links, which will enhance Newcastle’s inner-city cycleway network.”

Works on the Hunter Street West End Cycleway trial are scheduled to start in mid-2021 and take several months to complete. Head here to follow the progress.