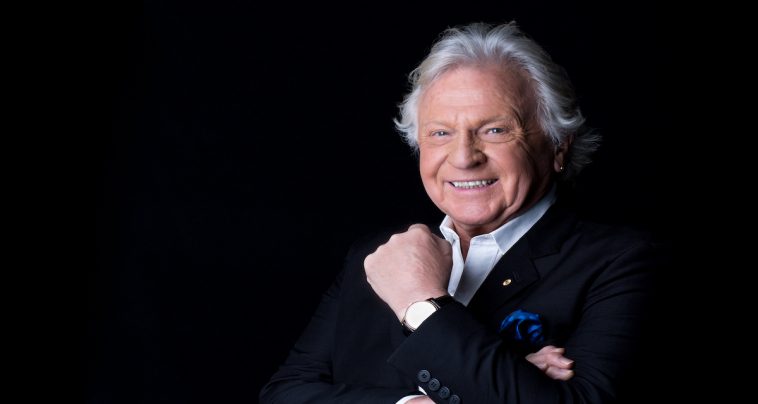 When it comes to Australian music royalty, they don’t come much more regal than Normie Rowe.

As this country’s very first King of Pop, Normie sang is way into the collective heart of 1960s Australia with such hits as It Ain’t Necessarily So, Que Sera Sera, and Shakin’ All Over.

Now, some 56 years since his first hit, Normie is still in fine voice – a fact that is sure to delight Newcastle audiences when he visits the Civic Theatre next month with fellow Oz music icons Dinah Lee and Jade Hurley.

While Normie may be regarded as our first King of Pop, his collaborators for this show are no less credentialed with New Zealand born Dinah known as Queen of the Mods (thanks to such hits as Don’t You Know Yockomo, Reet Petite and Do The Blue Beat) and Australia’s own Piano Man Jade Hurley being dubbed by Johnny O’Keefe himself as Australia’s King of Country Rock.

“The great thing about it is it’s a great show for people of our age and because we’ve been working professionally for so much of our lives if any young performers want to come along and have a bit of a lesson if you like in how good experience can work for you, come along by all means,” Normie told Newcastle Live.

“The kids will enjoy it, there’s nothing offensive in the show apart from me being onstage – it’s a great family entertainment, it’s a great piece of history if you like as a museum piece, and we all have a story to tell.”

At 73, the lure of the stage is as strong as ever for Normie who admitted the felling of organic collaboration that you get with a band was pretty hard to beat.

“I just put down a backing track for my ten-year-old granddaughter to sing 500 miles by Joan Baez and it took me about an hr and a half but the whole time I was thinking it would be so much nicer to have the band in the shed and put some mics on everybody and let everybody feed and build off one another – it’s an emotional collaboration,” he said.

“That’s the key. When you look across at the other artists and they’re having fun. I invite the band to be a part of my show all the time. I say if something comes up and you think it’s going to be. a moment for the audience please share it don’t hold it back. It’s not to be a conversation behind me it’s a conversation between you, me and all those people who came to see the show.”

Being a regular fixture on the charts from 1965 to 1968 (when he was conscripted to fight in Vietnam, serving his tour with distinction and rising to the rank of Corporal) Normie was undeniably the most popular performer in the country.

So just how hard was it to stay grounded amid all the “Normie frenzy?”

“I was born into a family that was a really strong foundational, working class family. We didn’t have any money left over at the end of the week.,” he said.

“Then when I started working with the bands I was the young kid. I was only 13 when I started singing in bands with people who were already making their mark on the recording industry in Melbourne like The Thunderbirds, and The Chessmen.

I had to pull my head in the whole time. I’d get back from tour and I’d hear: ‘you’d better go back outside you’ve left your ears stuck in the doorjamb.’

“There was no point in having an ego at my place.”

Catch Normie Rowe, Dinah Lee, and Jade Hurley at the Civic Theatre on Sunday 21 February. Get your tickets here.