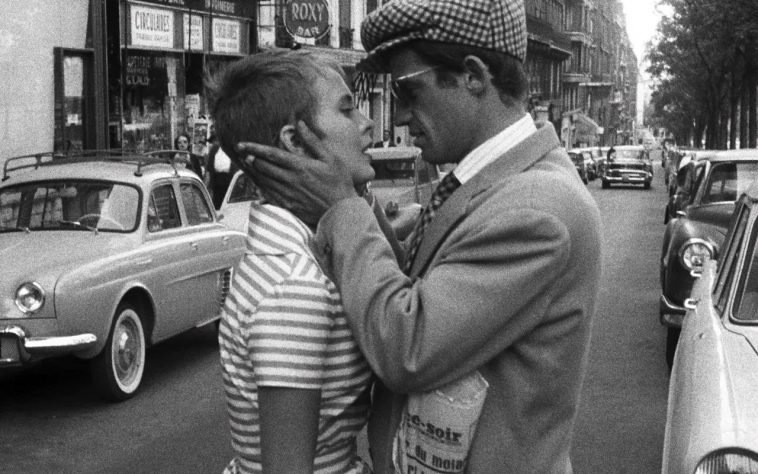 A scene from Jean-Luc Godard's 1960 film Breathless which will screen as part of the Newcastle French Film Festival.

With overseas travel currently off the cards, are you yearning for a dash of French culture, mixed with a little bit of intrigue and delivered in that swoon-worthy romantic language?

Well, you’re in luck because this weekend, local Francophiles Alliance Française de Newcastle have put together an eclectic collection of six flicks for the 2021 Newcastle French Film Festival.

Kicking off at Event Cinemas Kotara on Friday 21 May, this year’s program runs the gamut from contemporary French cinema to a giant of the French Nouvelle Vague movement.

Here’s a rundown on the films on offer during the festival.

Inspired by the real-life figure of Stéphane Benhamou. Bruno runs an informal shelter in Paris for autistic youth and Malik works on education and professional (re)insertion for youngsters from rough backgrounds.

Their respective associations train youngsters from difficult neighbourhoods to care for those cases categorised as “extremely complex”. Difficulties arise when Bruno’s shelter is investigated as it exists outside of the general rules of French law.

Ornithologist Christian studies wild birds. For his son, Thomas, a teenager obsessed with video games, spending holidays with his father in the wetlands of the Camargue region in southern France will be a real nightmare.

However, Thomas is drawn into his father’s attempt to save an endangered species of wild geese. Together, father and son rebuild their strained relationship and train the birds for their first migratory flight to free them from captivity, thanks to Christian’s microlight aircraft.

So begins an incredible and perilous journey.

A young editor, on holiday in Brittany, discovers a novel that she considers a masterpiece, in a library housing manuscript rejected for publication.

She feels bound to publish it and the book becomes a sensation. A literary critic heads to Brittany to investigate how a deceased Breton pizza maker could write such a literary success.

A celebrated “nose,” creates fragrances and sells her incredible gift to any company that is prepared to pay for it.

She is a diva, selfish and demanding with a lack of tact, whose new chauffeur, Guillaume, is a divorced dad with troubles of his own. Guillaume desperately needs this job to gain custody of his daughter.

He must stand up to Anne and their relationship evolves into a sensitive and empathetic friendship.

Based on the novel Betrayal by Swedish writer Karin Alvtegen, Éve and Henri live an enviable life in a community of wealthy French expatriates in Vienna. Eve is the CEO of the city’s Institut Française while Henri is a famous conductor, living a seemingly perfect life until Ève suspects that he is being unfaithful.

The first feature film from the iconic Jean-Luc Godard, Breathless is regarded as one of the most influential films in French Nouvelle Vague (New Wave) cinema.

Michel, a small-time thief, steals a car in Marseille but panics and shoots and kills a policeman. Penniless and on the run, he reunites with his girlfriend, Patricia, an American journalism student, and attempts to persuade her to run away with him to Italy.

She unwittingly hides him in her apartment but begins to question her loyalty when she learns that Michel is on the run.

The 2021 French Film Festival is on at Event Cinemas Kotara from Friday 21 May to Sunday 23 May. Head here for more information and tickets.