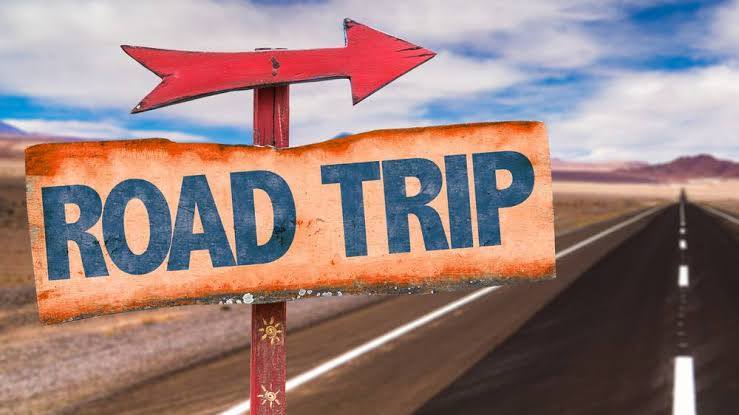 Summer’s almost over. Kids are back at school. Lockdowns and border restrictions are now a part of everyday life. With international travel off the agenda until at least late-2021, isn’t it time you rediscovered your own backyard?

Among the many lessons learned in 2020, I’ve learned to slow down. (At least, I’m trying). Why rush to your destination when you can enjoy the journey? So, as I headed off on a quick road trip in mid-2020, I was on the lookout for fun, unusual or interesting things to stop and see along the way. (Even better if they were free!)

And what better place to start than a teeny tiny country town that’s just 50 minutes from the major regional city of Tamworth.

It’s the home of the Golden Guitar Awards, held in January each year. And while the festival was cancelled due to COVID, the awards ceremony still went ahead (and was broadcast by the ABC).

Sorry Tamworth but to be honest, you were just a stop on the way to my true destination.

So the real reason I was passing through Tamworth is back in early 2020, a friend invited me for a weekend away paragliding.

Now I admit, I was still smarting from being trapped in London as international borders closed in March, which meant my much-longed-for trip to Paris didn’t happen.

Understandably, I was a bit reluctant to make travel plans. And with restrictions a constant threat, who can be bothered?

But she lured me with stories of glorious vistas, heady views from a paraglider, wine and the best pub dinner in the universe.

So, as I grabbed a big red scarf and jumped into a little red car, I was determined to enjoy this road trip to Manilla (via Tamworth)

Had no idea this was even a thing.

Silly of me considering Australia doesn’t mind a Big Thing or two. (And what a great road trip idea….seeing all of Australia’s Big Things).

About 90 minutes’ drive from Newcastle, it’s …. just a big sundial.

Constructed as a Bicentennial project in 1988, it ‘stands as a visible link between the old and the new – an ancient method of time telling set in the midst of the new development in Singleton’. It weighs 30 tonnes and is a gateway to the Hunter River.

Worth a detour: As impressive as it is, it’s definitely a once is enough kinda thing.

I’ve long heard tales of the Hunter Valley’s Mount Wingen or, as it’s more commonly known, Burning Mountain. It’s about 90 minutes on from Singleton and is Australia’s only naturally burning coal seam and has been smouldering away for some 5,500 years.

The Wonnarua people who used to occupy the land, say Wingen means ‘fire’. They say the fire is the fiery tears of a woman turned to stone by the sky god, Baime. I’d be crying tears of fire too if some bloke turned me to stone.

Early explorers thought it was an active volcano and the legend and the geological story behind the seam are equally wonderful.

A round trip walk to the seam takes between 90 minutes to two hours for the average person.

Did I do the walk?

I did not. I was listening to a True Crime podcast and was travelling alone, so decided against trekking into the Australian bush unaccompanied. My decision was correct because I remain not murdered!

As the descendant of two Second Fleet convicts (the Lady Juliana peeps, represent!), I was thrilled to find this memorial garden in the middle of a tiny NSW town. Nowhere near an ocean port where I’d believed all ships and boats actually dock.

Although it’s mostly a First Fleet memorial, reunions and the like take place regularly. There’s lots of signage, including an explanation as to why it’s been built where it has. Eleven garden beds, representing the ships of the First Fleet, are arranged around a garden in the shape of Australia.

While the impact of the arrival of the First Fleet is somewhat different these days, and rightly so, I found this small garden a lovely way to honour those who came (against their will) and became the second mob to call Australia home.

Worth a detour: If you’re after a place to sit and have lunch or have a Fleet connection, yes. But the park is currently closed due to COVID.

If you’re a crafting type, or you’re looking for somewhere gorgeous to stop and stretch your legs or grab a bite to eat, taking a detour to Nundle is worth every moment.

And the Nundle Woollen Mill, with a huge range of stunning yarns and a guided tour available is the pièce de resistance for the knitter or crocheter in your family. The staff are super helpful, and it was all I could do not to re-mortgage my home so I could buy all the things.

Worth the detour: Absolutely! Take your credit card and some of your (crocheted) shopping bags.

Just 50 minutes’ drive from Tamworth and nestled at the foothills of the privately owned Mount Borah (owned by Fly Manilla) is the Manilla Paragliding School.

As Australia’s only world-class facility and flying site, it attracts paragliders from all over the globe. And, as with everything else, it’s been impacted by COVID but….if you’ve ever wanted to learn to glide, now’s a perfect time.

If you’re looking for something closer to home, Newcastle has its own paragliding club.

Okay so here’s the deal…..my weekend at Manilla was a private one so I can’t speak for the experience you’ll have. But mine was filled with wine, imported dark chocolate and lots and lots of laughter. The people who run the place are great fun and genuinely nice.

Worth the detour: If you want to learn to paraglide and soar with eagles, hell yeah! And for the footy tragics among us, the nearby town of Manilla is home to the late great Dally Messenger. The four hour trip to Manilla took me close to eight hours. I didn’t have any itinerary or plan as I drove, I just followed the signs or stopped when something seemed interesting. And I loved every minute of not rushing, and just meandering until I arrived.

But I never did get that pub meal. Oh well, looks like I’m headed back to Manilla soon!