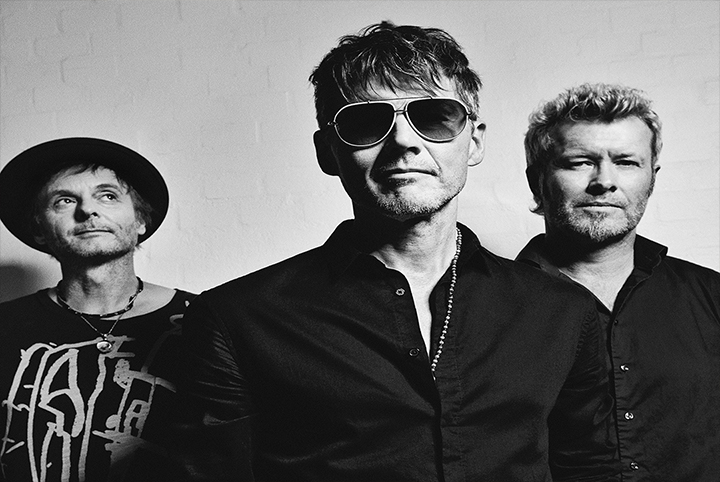 When Norwegian pop powerhouse a-ha hit the stratosphere with their groundbreaking anthem Take On Me, the promptly set about conquering the globe with a world tour.

That tour saw the trio tour for the majority of 1986 and 1987, but, the first country that got a glimpse of a-ha in the live arena was Australia.

Now, after 33 years away from or shores, a-ha are making a welcome return with fellow icon Rick Astley and homegrown heroes Pseudo Echo and I Know Leopard for what promises to be one heck of a pop extravaganza at Bimbadgen next February.

“We certainly can’t wait to get back down to Australia – it’s been way too long, ” guitarist Paul Waaktaar-Savoy told Newcastle Live.

“Australia has always been very important to us because we played out first-ever live shows there. We’ve been on quite a journey since that first trip so it is very exciting to be coming back.”

Australia certainly took to a-ha like a duck to water with the iconic single Take On Me hitting number one and eventually spending 16 weeks in the charts.

But it was THAT song, Take On Me, and its before-its-time rotoscoped video that truly captured the hearts of music fans across the globe.

Paul, who co-wrote the track with bandmates Morten Harket and Magne Furuholmen said that while he knew the song had potential, nobody could have predicted its success.

“It was huge for us, I don’t think that anybody could have known that our very first single would do that for us,” he said.

“It’s also not a traditional pop song either because in the chorus Morten does sing really high which makes it a little hard for people to sing along to.”

The clip for Take On Me, created by Michael Patterson, proved integral in the success of the song, especially given that it coincided with the rise in popularity of MTV.

The video looks just as fresh in 2019 and is just shy of one billion views on YouTube.

“We had seen an art film that Michael had made and we were all blown away,’ Paul explained.

“We knew what he would create for Take On Me would be good, but what he did with the rotoscoping was just astounding.

“It really is a beautiful piece of work.’