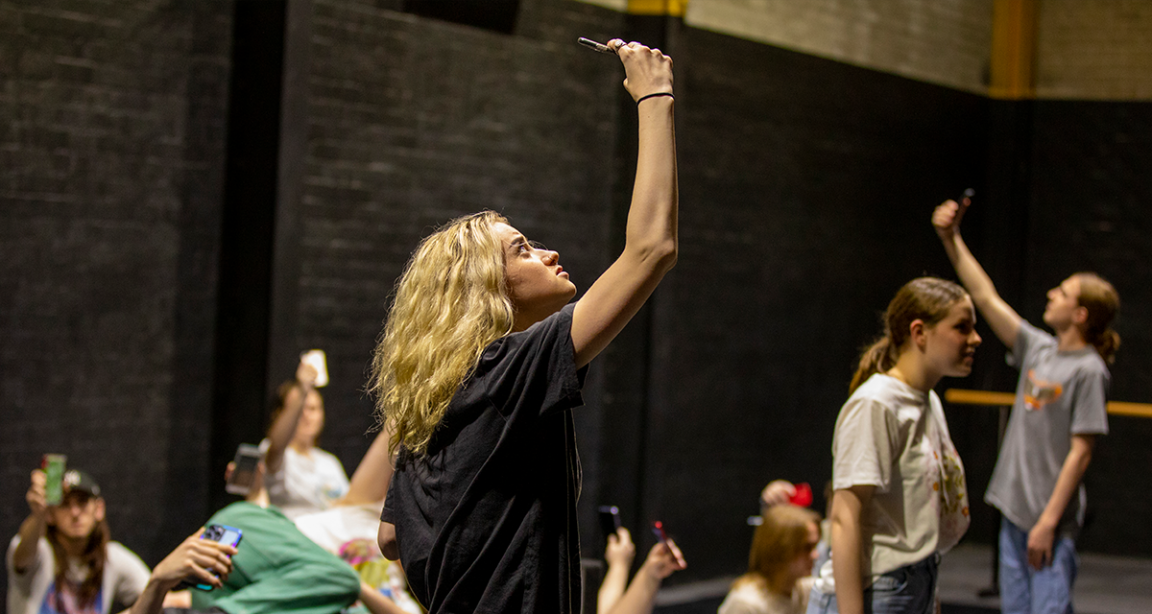 16 performers from the company, made up of students from Year-12 and older, will perform Katie’s 2019 play NORMAL over a short run at the Civic Playhouse from Thursday 30 June until Saturday, 2 July.

“For me, what’s been a real choice in this production of the play is the way the actors have brought their true self to it, their emotional centre,” said Katie Pollock.

The play is described as an urban detective story where the investigator is a teenage girl and the body is her own.

“It’s a relevant, insightful, exciting, thought-provoking contemporary voice. For the students to have the opportunity to explore all of its nuances with Katie in person is such a gift!” Allison said.

NORMAL is inspired by a real-life case that took place in Upstate New York in 2011.

“I started working on this play in 2014, and obviously the culture has changed in that time. It was first produced in 2019, in a production which featured four adult women playing eight characters,” Katie said.

“We’re in such a fast-moving culture that things have changed in that time, but the essence of everybody feeling out of place remains. When you’re a young person, you feel that sense of not belonging, not fitting in, not being the person everybody else expects you to be. I’m no longer young and I still feel this!

“It’s been such a joy to see the Actor’s Company explore this work. It shows me it is truthful for them and will, I hope, be meaningful for the audience.

“I’m very grateful for the opportunity to have explored their production with them in this way,” added Katie.

NORMAL will be staged at the Civic Playhouse from Thursday 30 June until Saturday, 2 July, with performances nightly at 7.30 pm and a Saturday matinee at 2 pm. For more information and tickets visit civictheatrenewcastle.com.au.