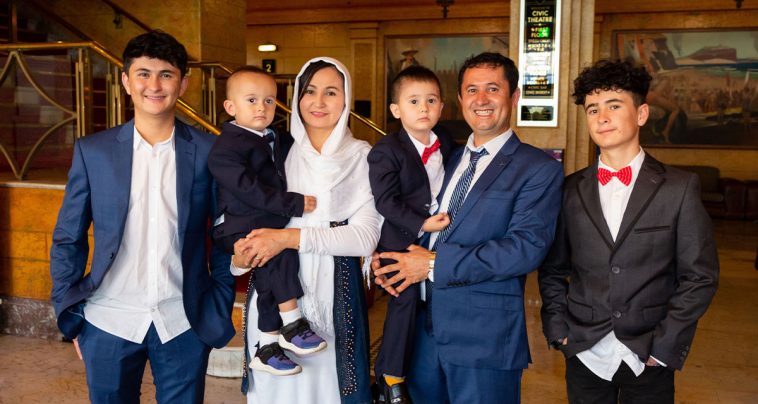 Some of the city’s newest citizens took part in the first face-to-face citizenship ceremonies following the easing of COVID-19 restrictions, yesterday.

More than 130 new citizens from 34 countries, including Germany, Brazil, South Africa and Afghanistan, joined their families and friends and other dignitaries to make the pledge of commitment to Australia at Civic Theatre.

“Since the start of the pandemic, City of Newcastle has welcomed 786 new citizens, and today’s cohort takes that tally to just shy of 1,000, keeping the waitlist down and upholding democratic processes, allowing our new citizens to enrol to vote, apply for an Australian passport and employment opportunities,” Lord Mayor Nuatali Nelmes said.

“A number of ceremonies were held online via Zoom during lockdowns, a once-in-a-lifetime opportunity for myself as Lord Mayor and for the many faces smiling back at me.

“It is heartening, two years later, to see face-to-face ceremonies in full swing once more, representing a very special occasion in our new citizens’ lives, the photos and memories of which they will cherish forever.”

The city’s newest members join Newcastle’s rich multicultural tapestry, where 14 per cent of residents were born overseas and more than 14,000 speak a secondary language at home.

Proud Newcastle Aboriginal Elder Aunty Cheryl Smith continued the tradition of her father, the late Uncle Bill Smith, in delivering a powerful Welcome to Country that acknowledged the lifestyles, cultures and spiritual beliefs of the traditional custodians of the land.

City of Newcastle’s next citizenship ceremony will be held on Wednesday 7 September 2022 at the Civic Theatre.