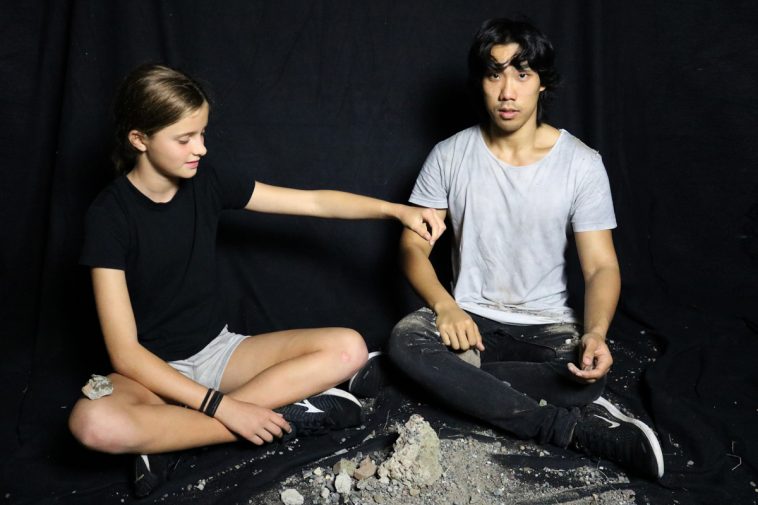 Newcastle Museum is set to get a shake-up, later this month, all in the name of looking at the Novocastrian response to disaster and change in the face of the 1989 earthquake.

The Shake Up will invite audiences to jam on sound sculptures made from scrap metal by local musician and composer Huw Jones, bid on damaged goods at a high-art auction run by teenagers, or test their earthquake knowledge on a live TV game show.

One of the contributing young artists, Phoebe Turnbull, will also invite audiences to take an audio tour of the museum, exploring the notion of community care in the face of adversity.

Co-Creative Producer of The Shake Up (and Tantrum’s Artistic Director and CEO) Chris Dunstan said collaborating with young people to produce the event has provided a unique perspective on the disaster.

“I’ve been taken aback by how open and respectful all the participants and artists have been in discovering stories of people impacted in the 1989 earthquake,” he said.

“They seem to be growing up with a sense of the potential for monumental changes in the future and want to be proactive in approaching those changes.”

Newcastle Museum Director Julie Baird added that it was exciting to collaborate with Tantrum on such a significant project.

“The earthquake completely shook Newcastle and our perceptions of self. It has been wonderful for our museum team to work with Tantrum and their creative youth from a ‘post-earthquake generation’ to reflect on how the city changed and imagine what our future can be.”

The 1989 earthquake occurred on Thursday 28 December, measuring 5.6 on the Richter scale.

The quake, regarded as one of Australia’s worst natural disasters killed 13 people and injured more than 160.

The event is free but capacity is limited so online registration is strongly encouraged. Register at www.tantrum.org.au