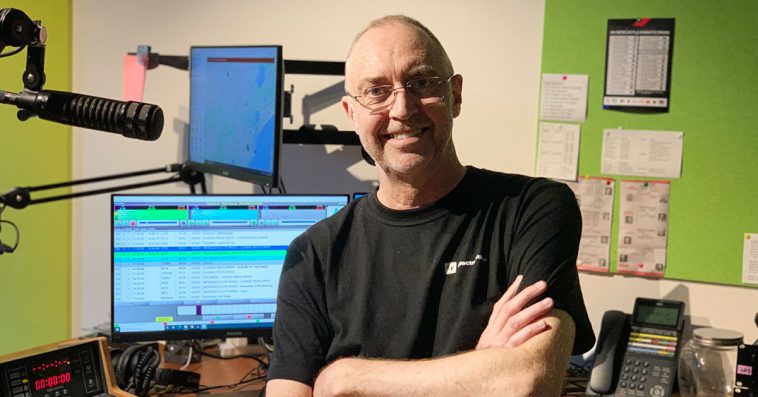 A fresh, local and independent voice has entered the conversation, with Newcastle Live today launching an online radio station.

Newcastle Live Radio officially hit the “airwaves” on Monday, promising to deliver all of the news and issues that affect everyone in Newcastle and the wider Hunter Region as well as a variety of Australian and, more importantly, local music.

“Newcastle Live has been delivering great local content on our website and social media for over six years, and now we’ve got a brand new platform – Newcastle Live Radio – a new independent voice for the region, as well as being a natural extension of Newcastle Live which has long been a champion of local culture,” Newcastle Live Managing Director Steven Pickett said.

“We want to focus on local. Local people talking about local issues. Also, the playlist is going to be predominantly Australian, and we’ll be the only radio station in the region that will include local music in the playlist.

“Not everything we play will be local, but at launch, we have two speciality shows which focus on local music.”

Steven added: “We’re starting primarily with a work-day menu of programs, that is from 9am to 6pm every weekday, with our aim to be your companion throughout the day, especially if you are working on a computer or have your phone handy.

“We’re there to keep you up-to-date and entertained with some informed local talk and great music from an incredible team of local presenters passionate about all things Newcastle and the Hunter.”

Newcastle Live Radio’s suite of programs at launch includes Newcastle In The Morning with Tracy Mac – a news, current affairs, and sports show hosted by Tracy McKelligott from 9am to 12pm before Louise Wilkinson takes the mic for the female focussed Lipstick Lunch from 12pm to 2pm.

Newcastle Live stalwart Dan Beazley brings his passion for all things local and Oz music to the studio from 2pm to 4pm with Afternoons With Dan, before Steven Pickett, and Newcastle’s very own Godfather of Rock Mark ‘Tinno’ Tinson bring you Classic Rock Drive – two hours of all-killer-no-filler rock and roll from the ’60s, 70’s and ’80s from 4pm to 6pm, with more than a few blasts from Australia’s and, of course, Newcastle’s musical pasts.

And, throughout the day, Michael Blaxland will give you up-to-the-minute news on the hour from 9am to 3pm.

On Monday nights, from 6pm to 8pm, Cooper Richards-Hancock and Campbell Moore highlight the latest and greatest tunes coming out of this fair city on the Newcastle Music Show, produced by Mitch Eaton from Wallsend’s Hiss and Crackle Records.

There are also plans to bolster Newcastle Live Radio‘s suite of evening programming with specialty music shows and more.

With airplay avenues for local artists lacking in the Hunter Region, Steven said Newcastle Live Radio was strongly committed to redressing that balance.

“I think that there is less and less local coverage here in Newcastle and there’s almost no airplay given to local music. In the normal playlist, there’ll be some local music played but beyond that, there are programs, Dan in the Afternoons and the Newcastle Music Show, dedicated to playing local music,” Steven said.

“I’ve been a consumer and a client of local media for many, many years and I respect our local media outlets. Newcastle Live Radio isn’t about replacing anything, it’s about adding extra voices to the conversation.

A talk-line will also be set up in the coming weeks to allow listeners to voice their opinions live to air, while there are plans in the works to podcast each show so you can listen on demand.

Newcastle Live Radio is up and running and streaming NOW! To listen, download the app for iOS or Android or listen via Newcastle Live.