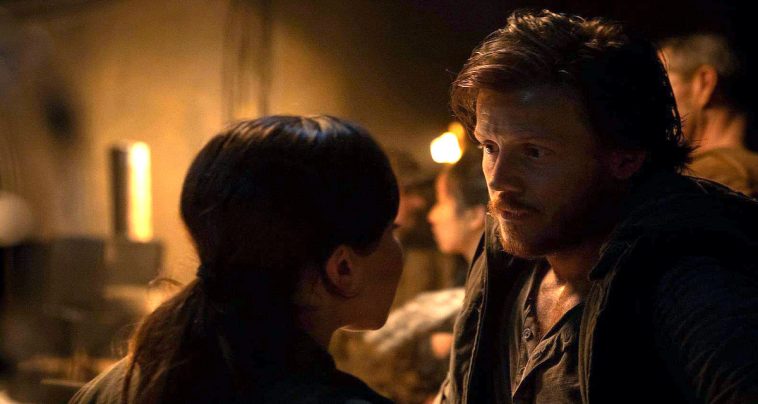 Newcastle-bred actor Zac Garred will be back on home soil this week for the local premiere of his latest blockbuster Occupation: Rainfall.

The actor who has also starred in such fare as General Hospital and NCIS: Los Angeles will join castmates Dan Ewing and Kat Risteska and writer/director Luke Sparke for a special screening and Q & A session at Event Cinemas Kotara on Friday 29 January.

The film is a sequel to 2018’s Occupation – a sci-fi thrill-ride that follows a desperate band of citizens fighting back after their small Aussie town is annihilated by an airborne alien attack.

They are now among the last remaining survivors of an extraterrestrial invasion engulfing the entire planet.

Check out the Occupation: Rainfall trailer below

Speaking to Newcastle Live, Zac, who plays Dennis, said that people could expect a no-holds-barred action spectacular in Occupation: Rainfall which also stars Temuera Morrison (Once Were Warriors, The Mandalorian) Ken Jeong (The Hangover trilogy) and Jet Trantor (Thor: Ragnarok)

“This is a film that is what you would describe in the US as the quintessential summer tentpole. It’s that kind of film that is relentlessly entertaining from the moment you walk in,” Zac said. “My mum said that she felt like she was on a ride for two hours.

“The new film picks up from The Battle of Sydney where new alien allies are fighting against their own people and then, of course, we find out that the aliens have a master plan called Rainfall and it’s up to us to discover what it is and try and stop it.”

Zac added while the film is a visual effects powerhouse, there is also an element of emotional gravitas underneath the spectacle.

“Its a leviathan of a narrative and the visual effects and the spectacle that goes with it, but there’s a lot of depth in the story that is there to unpack,” he said.

“[My character] Dennis is caught in a quandary because he’s all about protecting humans but as the film goes on he discovers that humanity isn’t necessarily endemic to humans.”

The Occupation: Rainfall Q & A screening is on at Event Cinemas Kotara on Friday 29 January at 7pm. Head here for tickets.