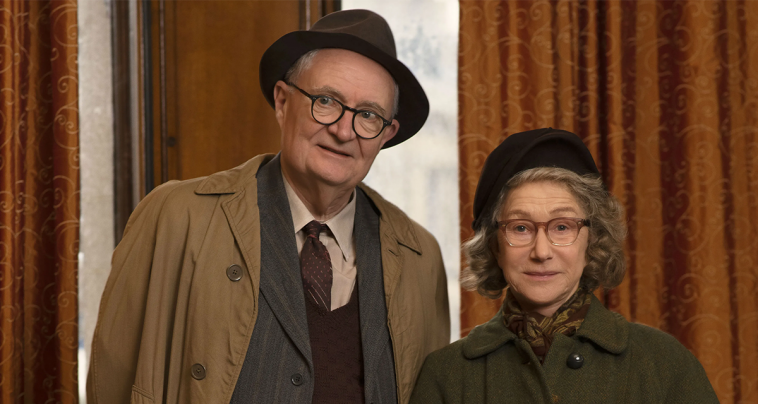 Humanity is a collective project. Something you will feel more deeply after seeing this true crime caper. In 1961, Kempton Bunton, a working-class, idealist, at home amongst the red brick terrace rows of Newcastle came to public attention after he acquired a painting of the Duke of Wellington worth over 140,000 pounds that had been recently purchased by the national gallery.

At the time this undeniable underdog had just spent 13 days locked up due to a fight based on principle. At the time there was a license required for any household with TV. It was essentially a tax based on the delivery of the signal of the BBC. Bunton was vocal about not paying for it partly because he had removed the coil that allowed him access to the BBC from his own Television. However, the underlying reason was for the greater good. With veterans and pensioners unable to afford the fee, Bunton was determined to right this wrong.

Ironically when being made aware of the national gallery’s purchase on the nightly news, Bunton was horrified at the waste of public funds when so many who had worked and fought for the country were doing without. The gallery spokesman described the painting as “An outstanding example of late-period Goya,”. Bunton however described it as “Some half-baked portrait by a Spanish drunk,” and pointed out that his most famous battle at Waterloo had been won by the foot soldiers and not by the subject of the painting.

Jim Broadbent embodies perfectly this outspoken man filled to the brim with socialist principles. Helen Mirren is Dorothy Bunton. A hard-working blue-collar woman. She loves her husband and their sweet playfulness together is in contrast with her exasperation with his rabble-rousing against authority which often leads to him being out of work and generally causes her some level of embarrassment in the community. Her concern also sits with the influence this has on their adult sons. This reaches its peak when she discovers the painting that is all over the news, is hidden in the wardrobe of her back bedroom.

Eventually dragged into a courtroom to account for the theft. If you are not already in love with Bunton, this is the time you will fall. A playwright at heart, he charms the court, using the dock as a soapbox, you are made acutely aware of where his passion comes from. Injustice takes many forms and the unfairness of his own family tragedy and watching good people struggle is the reason he works so hard to right the wrongs that he is able to. He puts his faith not in God but in people and the public gallery is filled with the people on whom he has made an impression. There to cheer on a good man and await the verdict on a wrong done for the greater good. In the words of Kempton Bunton, “these people are all just single bricks. But put them together and you make a house. Put them together and you build Jerusalem”.

You can catch The Duke on the big screen at Event Cinemas in Kotara and Glendale from today, 31 March 2022. Visit eventcinemas.com.au for more information.