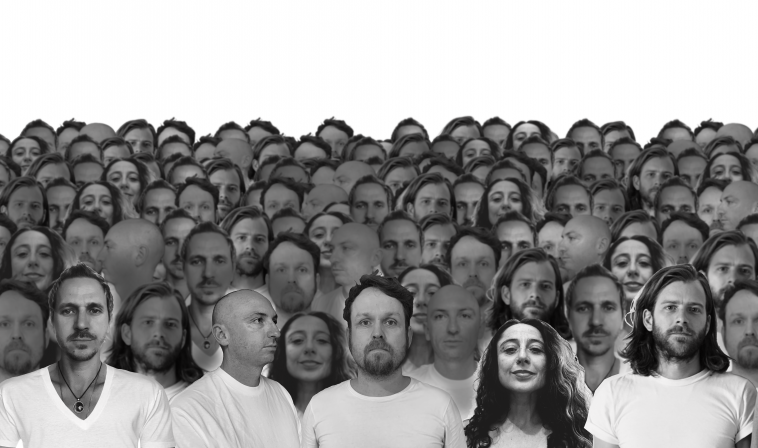 If you caught Newcastle art-rockers The Hauntingly Beautiful Mousemoon back in the day, you would know that their shows went far beyond what you could imagine at a rock and roll gig.

These eclectic spectacles were replete with obscure sideshows, visual oddities and a truly bent sense of humour.

At one spectacle, the inaugural 1233 ABC Music Awards at the Civic Theatre, the band rolled onto stage; on custom-built lowrider bicycles, dressed in top hats and tails and on the bonnet of a convertible 1963 Alfa Romeo Giuliettia Spider sports car.

They were accompanied by the Newcastle Coal Miners Choir and supplied the theatre audience with souvenir lighters to wave in the air to enhance the rock ‘n’ roll concert moment…all on a shoestring budget.

And it wasn’t the visuals that impressed either, with the band creating a unique sound that traversed great sonic territory – from psychedelic rock anthems to lilting acoustic lullabies.

After a 13-year hiatus, the band will reunite for what promises to be a bravura turn at the upcoming Gumball Festival.

And, to make things even better, they have also just announces a limited ticket warm-u show at the Lass O’Gowrie on Wednesday 24 April.

Again, anyone who knows Mousemoon knows that the Lass was a spiritual home for the band, so this one promises to be quite special. There will also be a super secret special guest making an appearance.

This one will sell out fast so to grab your tickets, head over to the event page now!