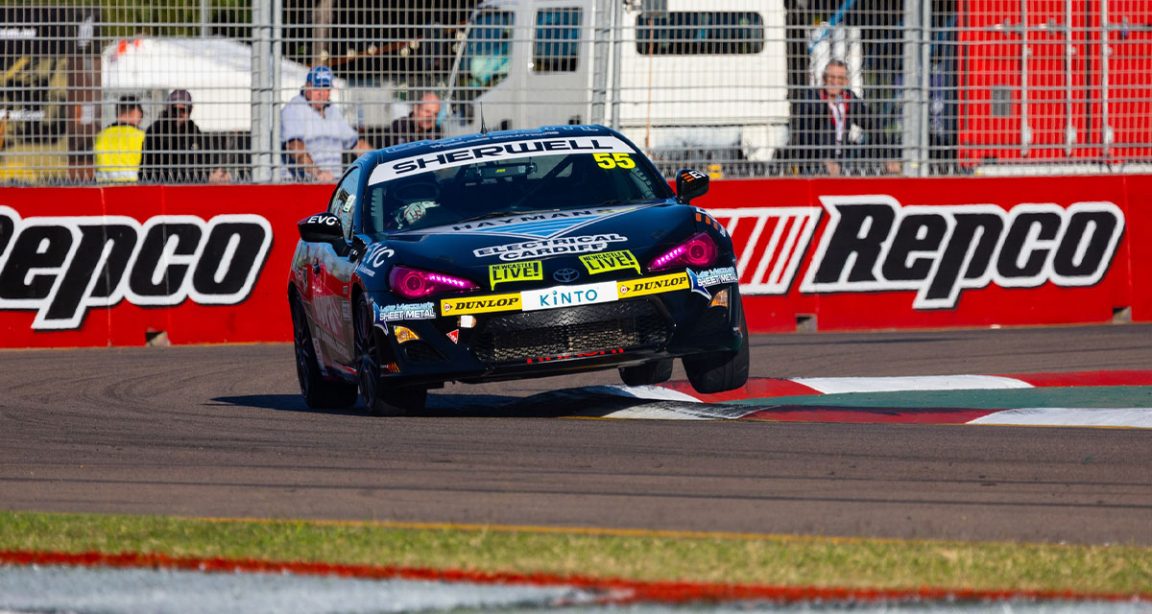 Newcastle Live now has its very own race car! Well, not really, but we are sponsoring the Michael Sherwell Racing team who are competing in the Toyota Gazoo Racing 86 Series, so it’s kind of like having our very own race car.

The 42-year-old man behind the wheel of the car, Michael Sherwell, is a self-confessed adrenaline junkie who was an avid fan of motorsport before heading up his very own team.

In the past, Michael has reached the top level of multiple sports. And now he brings that focus to achieving amazing things in motorsport.

Last year Michael managed to score 10th place on the overall points ladder for the series and hopes to build on that momentum in 2022.

Newcastle Live is proud to be a part of that journey.

Preparing for Round 3 of the Toyota Gazoo Racing 86 Series in North Queensland is more than becoming familiar with the 2.8km, 13-turn street circuit renown for carnage.

The ‘winter’ weather is always a shock to the system and can impact tire and strategy across the entire field. In the beautiful conditions, Sherwell had a very positive result with his times only 7 tenths from the fastest car in both the practice sessions and qualifying.

The second trip to the Townsville 500 for Michael Sherwell Racing had everything. It was almost a case of history repeating itself when Michael and the crew found themselves on the wrong end of a number of pile-ups that saw the safety car repeatedly called into action.

“Our team made good set-up and strategic decisions all weekend and did an amazing job turning the car around after damage in the second race,” said Michael.

The two practice sessions on Friday saw the number 55 keep pace with more experienced drivers. To qualify in 17th out of a 34-car field for Race 1 was the start the team needed. However, Race 1 was dominated by a series of close encounters that saw several teams struggling to make their vehicles road worthy.

“You really had to have your head on a swivel to avoid all the carnage that comes with a street track and concrete walls everywhere,” said Michael.

Race 2 saw number 55 start in 22nd position on the packed grid. With 34 teams from across Australia competing, the tight circuit was a true test of skill. With a series of clashes that saw more of the safety car than green flag racing, finishing the race with bent steering and damage still managed to finish in 17th position. The Sherwell Team had some serious penal beating and structural work to undertake before Race 3.

To come back from a potential event-ending damage was one thing, but to then record a career-best race finish of 13th, Michael was stoked with the result.

“To be 13th in the last race and then with a career-best of 14th for the round in points was very pleasing for the whole crew who put in countless hours behind the scenes to get us there”, said Michael,

“And to beat 20 competitors and we leave the round 19th in the series standings meant the de-brief watching the Supercars was even sweeter.”